Please ensure Javascript is enabled for purposes of website accessibility
Log In Help Join The Motley Fool
Free Article Join Over 1 Million Premium Members And Get More In-Depth Stock Guidance and Research
By Dan Caplinger - May 20, 2018 at 5:01AM

Is it really a mistake to claim benefits early?

Figuring out when to take Social Security is a tough decision. You can generally claim retirement benefits at any age between 62 and 70, and the longer you wait, the larger your monthly check will be. A host of factors go into making a smart decision about Social Security, and there are good reasons why one decision might be better than another in your particular situation.

You can find plenty of articles where I've talked about smart reasons to take Social Security at 62. Yet with statistics showing that more people claim Social Security at 62 than at any other age, I'm convinced that a large number of smart people are actually making a mistake when they take their benefits as early as possible. Here are some reasons why even smart people can make what turns out not to have been the best decision for their personal views of what they want retirement to be. 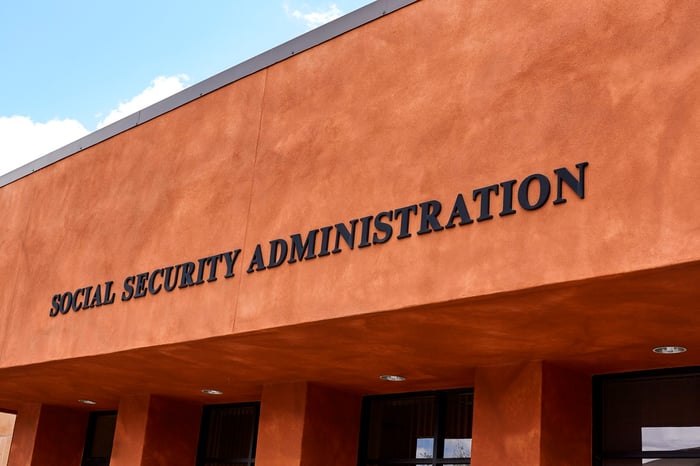 One common mistake people make about Social Security is assuming that they won't live long enough to make waiting worthwhile. It's true that in order to justify not claiming at your first opportunity, you have to be confident that the higher monthly payments you'll get from waiting will more than make up for the lost checks that early claimers get. Even with life expectancies at birth having grown from around 70 half a century ago to nearly 79 today, those figures are just enough for late-filers to break even compared to those who file early.

The problem is that when you're 62 and considering a smart Social Security decision, you can't use life expectancies at birth. Instead, you need to take the higher life expectancy for someone who has already survived to age 62. Currently, that figure is more than 20 years, meaning that the typical 62-year-old will live to be 82. That's enough to push the analysis in the other direction, making a later claim more valuable in the long run.

If you're single, then claiming Social Security is all about how it affects your finances. But if you're married and the primary earner for the family, then it's easy not to realize that the decisions you make with your Social Security also affect your spouse.

Your spouse is entitled to survivor benefits after you pass away, and that benefit is based in part on when you decide to take your retirement benefit. Essentially, claiming early not only reduces your payment but also penalizes your spouse for your impatience, reducing the survivor payment as well. Even if it would be smart for you to claim early based on just your own health and other financial reasons, it might well be in your family's overall best interest for you to wait and thereby boost the amount your spouse receives after you pass away.

Finally, Social Security's complex rules can be tough to follow, and early claimers often get tripped up by one particular provision if they keep working. According to the Social Security Administration, if you won't reach your full retirement age during the year and claim your Social Security while you're still working, you have to forfeit Social Security. Specifically, you'll have to give up $1 of your annual benefits for every $2 you earn above a set annual limit, which for 2018 is $17,040.

There is a trade-off for forfeiting your benefits. For every month's worth of benefits you lose, you'll be treated as if you'd claimed Social Security one month later than you actually did. If you earn enough that you forfeit everything you get from Social Security that year, you'll be treated as if you'd retired a full year earlier. Especially in that case, there's no real difference between claiming and having the money forfeited back, or never claiming at all and just waiting until full retirement age. Once you've reached that age, you can stay at your job and earn as much as you want and still keep your Social Security.

It takes some effort to understand Social Security, and even smart people have trouble getting the information they need. By being aware of these three confusing areas, you'll be more likely to take maximum advantage of Social Security over the long run.