It actually makes a lot of sense for many people to start collecting early, at age 62. But here are some reasons you might want to put it off a while.

If you've been assuming that the size of your final Social Security benefits will be set in stone, and that it's out of your control, think again. The average monthly retirement benefit was recently $1,413 per month, or about $17,000 per year, but there are things you can do to increase your Social Security benefits -- or to make your checks smaller. (Yes, smaller checks can make sense.) 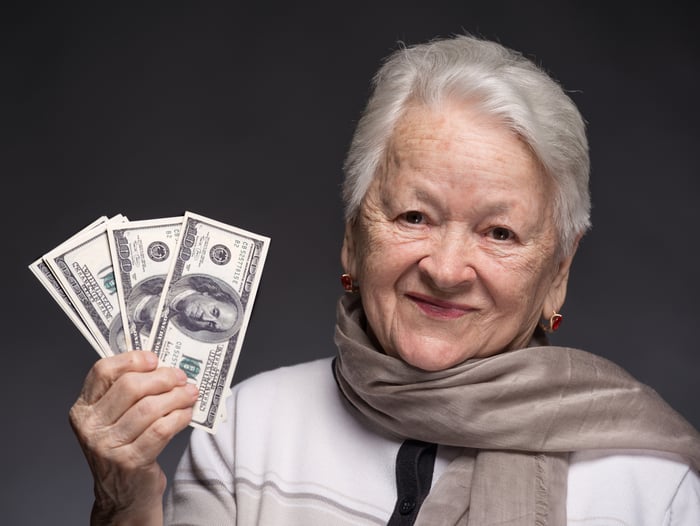 The case for not delaying

Let's get the case for starting to collect benefits early out of the way first, as it's the smart choice for many, if not most people.

You're eligible to receive your full Social Security benefits at your "full" retirement age, which is specified by the Social Security Administration (SSA). For most of us, it's 66, 67, or somewhere in between. You can start collecting as early as age 62, though, and as late as age 70. For every year beyond your full retirement age that you delay starting to collect Social Security, your benefits will grow by about 8%. Delay from age 67 to 70, and you'll get benefits 24% bigger. If your full benefits would have been $2,000 per month, they would grow to $2,480 -- that's a difference of $5,760 over a year. Meanwhile, if you start early, your benefits can shrink by up to 30%.

It might seem like delaying is the right thing to do, but hold on. According to the Social Security Administration:

If you live to the average life expectancy for someone your age, you will receive about the same amount in lifetime benefits no matter whether you choose to start receiving benefits at age 62, full retirement age, age 70 or any age in between.

That's right -- for those who live lives of average lengths, it's pretty much a wash, and collecting at 62 can be perfectly sensible. After all, the checks you get if you start collecting at 62 or 67 might be a lot smaller than what you'd get at 70, but you'll get a lot more of them.

Still, delaying to collect does make a lot of sense for some people in some circumstances. Let's take a closer look at those.

Reason to delay No. 1: You need to keep working

Here's a very powerful reason to delay starting to collect Social Security: Because you're not quite ready to retire. You may simply love your job and want to keep working full-time, or maybe you just haven't saved enough money for retirement. If so, you're far from alone. According to the 2017 Retirement Confidence Survey, about 24% of workers said they had less than $1,000 saved for retirement. A whopping 55% of workers had less than $50,000:

If you're not on track to retire, you might try to save more aggressively in the working years you have left. Here's how much you might accumulate if you average 8% annual growth:

No matter how much you can afford to sock away, you can also improve your financial health in retirement by delaying retiring for a few years. That approach means you reap multiple benefits. For starters, you'll reduce the number of years that your nest egg will have to support you, at the same time letting that nest egg grow bigger. If you are enjoying health insurance provided by your employer, you can keep enjoying that, too, which may save you some significant dollars. And, of course, by delaying starting to collect Social Security, you can also look forward to larger checks. 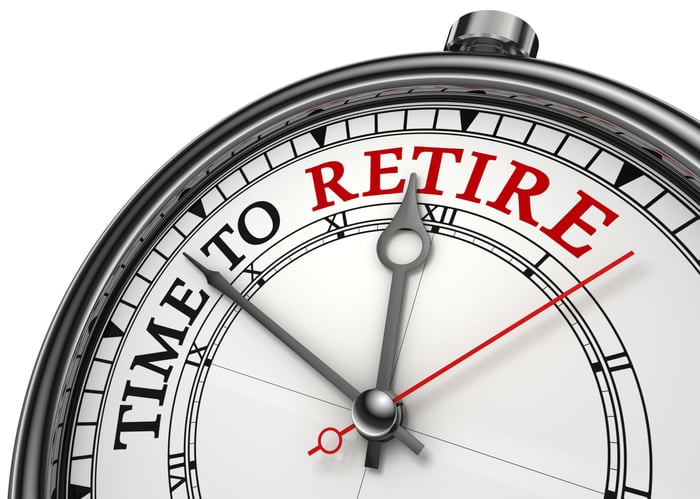 Reason to delay No. 2: You expect to live a long life

Another good reason to delay starting to collect your benefits is if you expect to live a rather long life. Few of us know how long we're likely to live, but if you're healthy and you have had many relatives who lived into their 90s, it can be worth trying to delay until age 70.

Even if your relatives have been a mixed bunch in terms of life span, you might take a chance on living a long life and put off starting to collect benefits. According to the Social Security Administration, "About one out of every four 65-year-olds today will live past age 90, and one out of 10 will live past age 95."

Of course, keep in mind that many people don't really get to choose exactly when they'll retire, as life can throw us curveballs on occasion. The 2017 Retirement Confidence Survey found that 48% of retirees left the workforce earlier than planned, with 41% citing health problems or a disability as the reason, 26% citing changes at work such as a downsizing or workplace closure, and 14% having to care for a spouse or other family member.

Reason to delay No. 3: You're married and strategizing

Finally, one more good reason to delay is if you're married and have coordinated a strategy with your spouse regarding when each of you will start collecting. If you both have similar earnings histories, you might want to start collecting one spouse's benefits early and the other one's late -- thereby giving you some income for a while, and much more later. If you have very different earnings histories, you might start collecting the benefits of the spouse with the lower lifetime earnings record on time or early, while delaying starting to collect the benefits of the higher-earning spouse. That way, when the higher earner hits 70, he or she can collect extra-large checks. Also, should that higher-earning spouse die first, the surviving spouse can still collect the larger benefit.

As you approach retirement, be sure to read up on Social Security and various strategies you might employ. Even if you're a decade away from retiring, it's good to be aware of ways to increase your Social Security benefits and to have an idea of when you'll want to start collecting them.