Many investors think that to succeed, you have to find the best stocks in the market. You can read countless stories about successful investors who managed to discover new companies when they just started out, buying shares and watching them soar into the stratosphere as their businesses grew and their competitive advantages made them leaders in their industries.

But if you really want to be a successful investor, picking stocks isn't the most important thing that will get you there. Instead, the one lesson you need to know is that the higher your investing costs are, the lower your returns are going to be. If you understand that lesson and act on it by finding the lowest-cost investing options available, you'll go a long way toward ensuring your long-term financial success. 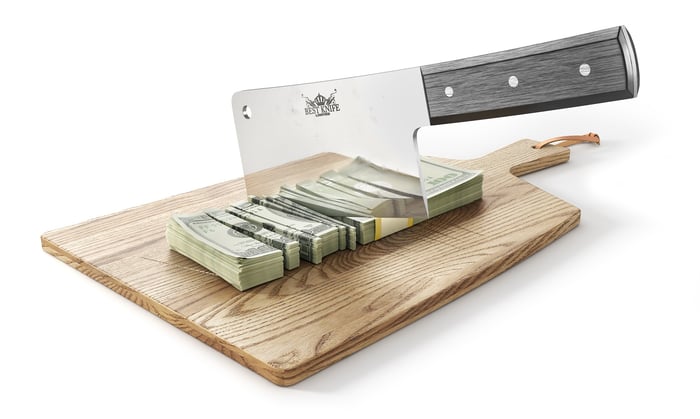 Individual investors often feel as if the deck is stacked against them, with institutional investors having many more options to make money. Yet even some of the largest public pension plans in the country -- which manage trillions of dollars of retirement money for millions of employees across the nation -- have run into trouble with high-cost investments that end up weighing on their returns, according to a recent study (opens a PDF) from the Center for Retirement Research at Boston College.

Historically, many public pension plans chose a fairly simple investment strategy that typically incorporated ordinary asset classes like stocks, bonds, and cash. Over time, though, the institutional investors behind these plans started to feel pressure to add other types of asset classes that didn't have the same correlation of performance with these much-followed financial markets. As a result, most plans started to incorporate alternative investments like real estate, commodities, private equity investments, and hedge funds into their overall portfolios.

The hope among public pension plans was that by further diversifying their portfolios, they'd be able to enjoy better returns with less risk. However, the catch was that most of these alternatives had much higher expenses than the regular stocks and bonds that they had historically invested in. According to the study, while U.S. stocks and bonds typically cost public pension plans around 0.2% per year in annual expenses, alternatives were much higher. Real estate and commodity investment cost an average of roughly 0.9% per year, while hedge funds weighed in at 1.06% and private equity at 1.36% in annual expenses. Moreover, the study expressed doubt about whether reported expense figures truly included the full performance fees that private equity and hedge funds often receive.

Higher fees would be fine if they resulted in greater overall returns. However, the study found that during the period between 2011 and 2016, plans that underperformed their benchmarks featured higher fees on average than plans that outperformed the benchmarks.

Furthermore, even when you narrow the scope of the findings to those plans that were successful in beating their benchmarks, plans that had lower expense ratios were more likely to produce greater relative outperformance than plans with higher expense ratios. The study concluded that high investment fees -- especially those on alternative investments -- likely played a meaningful role in plan underperformance relative to peers.

Most ordinary investors don't have access to alternative investments like hedge funds or private equity funds, but the lesson of the survey still applies to you. Paying more than you need to for investments just doesn't make sense. In particular:

Obviously, it's always nice if you can find the top stocks in the market before anyone else does. But you can't control whether your research will reveal those winners. What you can control is how much you spend on the costs of your investing. By keeping them as low as possible, you'll get the best returns you can and lose less of your hard-earned money.