With tax reform firmly in place, taxpayers are trying to plan for what they should expect when they file their tax returns early next year. New tax rates and a host of other changes mean that you'll have a steep learning curve in adapting to the tax law changes. 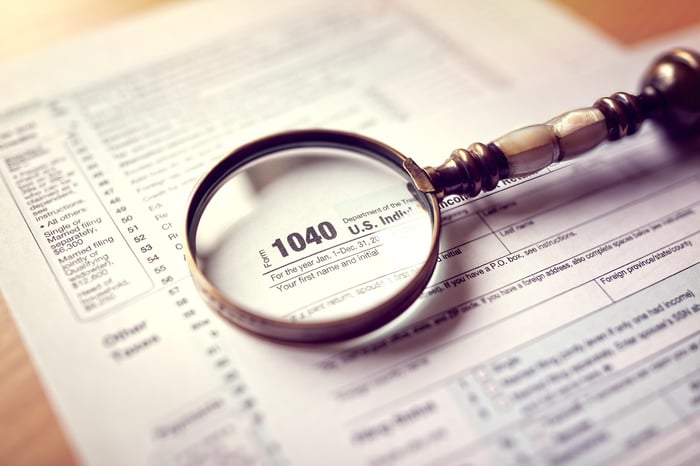 What the new law did

The deduction for state and local taxes gives you the right to take any taxes you pay to state or local government entities and claim them as itemized deductions. You have to choose between claiming state income taxes and state sales taxes, but you can't take both. On top of that, you can claim property taxes and other levies that you have to pay. By giving you an itemized deduction for these taxes, the federal government recognized the unfair double-taxation nature of having taxpayers have to pay federal income taxes on money that went toward paying state and local taxes.

How big a deal are new limits on state and local tax deductions?

Moreover, the deduction amounts are staggering. The total state and local taxes paid and deducted on tax returns amounted to more than $566 billion. The bulk of that amount -- $338 billion -- went toward income taxes, while $198 billion represented real estate taxes. Relatively small amounts of $18 billion and $10 billion, respectively, went toward general sales tax and personal property tax payments. When you do the math, that works out to $12,635 in state and local tax deductions on average for every taxpayer -- or $2,635 above the $10,000 limit.

At first glance, the idea of losing roughly a fifth of the state and local tax deduction for the typical taxpayer might not seem like that big a deal. The problem, though, is that these taxes aren't uniform across the country. You can find relatively low-tax states like Alaska, where there's no state income or sales tax, forcing the state to get revenue primarily from property taxes and payments for resource extraction.

But you can also find high-tax states in which taxpayers routinely pay several times the national average. Consider a state like New Jersey, where top income tax brackets approach 9% and property tax rates often amount to nearly 10% of typical income levels. Throw in some extra money for miscellaneous levies, and it's not uncommon for total taxes to reach 20% of income at the state level --putting even working-class families into a position where they'll have to suffer from the disappearance of the deduction.

If you've historically deducted substantial state and local taxes, then you could be in for a shock this year. It's smart to look at your tax withholding from your paycheck to make sure it accurately reflects what your tax liability is likely to be. If you don't do that, then you could find yourself not only well short when it comes to paying your tax bill but also potentially facing penalties as well.