Please ensure Javascript is enabled for purposes of website accessibility
Log In Help Join The Motley Fool
Free Article Join Over 1 Million Premium Members And Get More In-Depth Stock Guidance and Research
By Selena Maranjian - Nov 26, 2018 at 6:02AM

You can make your Social Security benefit checks bigger or smaller, and waiting for the biggest checks isn't always worth it.

You can start collecting your benefits as early as age 62 and as late as age 70. When deciding, you will need to take a variety of factors into account, such as when you plan to actually stop (or cut back on) working, your health (and that of your spouse), your income needs, and how much income you expect from other sources. Here are three reasons to consider filing for your benefits not early or late -- but on time. That means your full retirement age, which for most folks these days is 66 or 67. 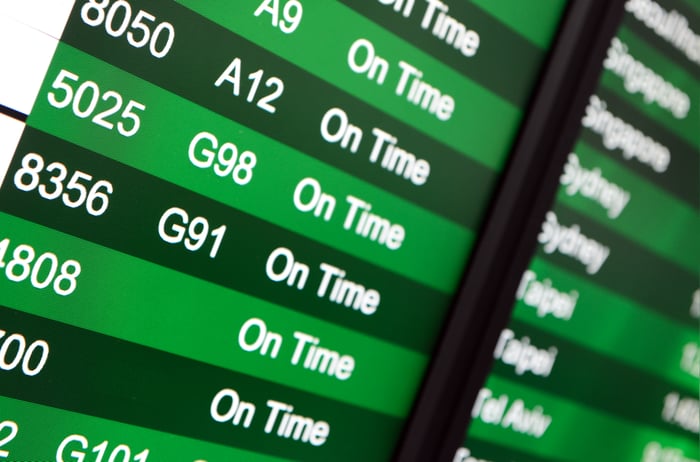 No. 1: You'll get more money than if you start collecting early

Clearly, waiting until age 70 is appealing, because you'll make your benefit checks so much bigger. If you were expecting to collect $2,400 per month, a 124% increase would turn that into $2,976 per month -- close to $600 more. It's far easier said than done to wait until age 70, though. There's a good chance you'll retire before then, and you may simply need the income. But if you can avoid starting at age 62 and can hang on a few more years until your full retirement age, you can strike a happy compromise between starting early or late.

No. 2: Your spouse may end up with more money, too

Here's a twist: While the reason above sounds sensible, it's not the best for many people. That's because the Social Security system is actually designed so that if you live an average-length life, it will be a wash whether you start collecting early, on time, or late. So if you stand a good chance of living a near-average-length life, starting as early as possible makes plenty of sense and you can end up collecting more, overall, from the program even with your smaller checks, than if you'd delayed and started collecting later. (Remember, after all, that starting early means smaller checks, but many more of them.)

Here, then, is why bigger checks can be worthwhile: Lots of things are based on the size of your benefit checks. For example, with married couples, both spouses will typically be collecting Social Security in retirement, and one spouse's checks will be bigger than the other's. When one dies, the other gets to continue receiving his or her own checks -- or the checks of the deceased spouse. So imagine a couple, Shirley and Alfred, who are retiring and plan to start collecting their monthly Social Security benefits of $1,800 and $2,400, respectively, on time, at age 67. Together, that will be $4,200 per month in income. If Alfred dies, though, Shirley will have just her $1,800 -- and can switch to collecting just his $2,400. That's still a big step down for her. If Alfred had been able to wait a few years before starting to collect his benefit, he might have increased it by 24%, to $2,976. That would have left him or Shirley -- whoever survived the other -- with a bigger single check to live off of.

It's worth appreciating, too, that Social Security benefits get increased periodically to keep up with inflation -- and those increases are made based on the size of your checks. Recent increases have been very small, but in 2019 benefits will grow by 2.8%. A 2.8% increase on a $2,400 benefit would be $67.20 per month, but it would be $83.33 based on a $2,976 benefit.

No. 3: You can reduce healthcare insurance costs

Finally, think about your health insurance in retirement. If you retire early and start collecting your Social Security benefits at age 62, you won't automatically get to enroll in Medicare. The eligibility age for that is 65. So you may want to hang on, working at least until age 65, so that you can sign up for Medicare and not have to shoulder a costly health insurance policy completely on your own.

One way around this would be if your employer allows you to keep your health insurance policy for some years after retiring -- but few companies offer that. Alternatively, if you're retiring but your spouse is still working and has a good health plan that you can be added to, that can work out well. For many people, though, health insurance has become so expensive that it's worth doing whatever is needed in order to keep its costs down -- and that can mean working longer in order to maintain workplace-sponsored coverage.

There are other considerations you can factor into your decision making -- and it can be worth consulting a financial planner, too. The more you know about Social Security, the smarter moves you can make and the more money you might get out of the program.