Early retirement may not be the dream you've envisioned.

Half of Americans say they want to retire by age 60, according to a recent survey from TD Ameritrade. That's an admirable goal, and understandable, too -- when you've been part of the workforce for decades, of course you're looking forward to relaxing sooner rather than later.

However, as tempting as it is to call it quits and retire as early as possible, it's often not the wisest route. While those first few years of retirement may be pure bliss, that excitement could be short-lived -- and you could be in for a rude awakening later in retirement. 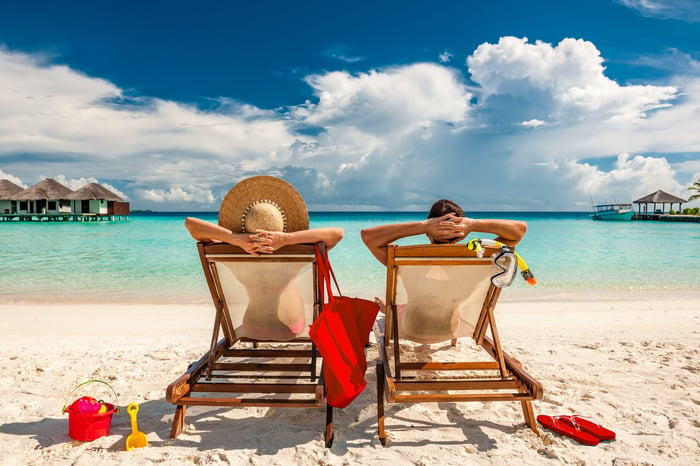 Even if you think you're prepared and have saved enough to retire early, there are three reasons it may be better to hold off a little longer.

1. You may not have enough saved to last the rest of your life

It's hard enough to save for retirement when you plan on retiring in your mid-60s or beyond, but it's even more challenging for people trying to retire early. The difficulties are twofold: First, you must save more in total because you're spending more years in retirement without wages. Secondly, you have less time to save before you need to start drawing from that money during retirement.

This may not seem like a big deal if you're hoping to retire just a few years early -- after all, it's not like you're retiring at 35. But even four or five years of early retirement comes with a huge financial cost. The average American age 65 and up spends roughly $46,000 per year, according to the Bureau of Labor Statistics, so five years in retirement could easily cost a quarter of a million dollars.

Social Security can help cover some of those costs, but you can't start claiming benefits until age 62. In addition, when you claim before you reach your full retirement age (anywhere from 66 to 67, depending on the year you were born), your benefits will be reduced by up to 30%. In other words, that money may not go as far as you'd hoped if you have to use your benefits on the early side.

Because you have less time to save for retirement, you'll need to save even more each month to reach your goal.

Let's look at two hypothetical situations. In scenario one, you're 40 years old and want to retire at 60. You currently have $200,000 saved, and you want to have $600,000 saved by the time you retire. If you're earning a 7% annual rate of return on your investments, you'll need to save just over $1,000 per month over the next 20 years to reach that goal, according to this savings calculator.

In scenario two, you're still 40 years old with $200,000 in your retirement fund, but rather than retiring at 60, you decide to hold off until age 67. Because you'll be spending less time retired, you won't need to save quite as much to use in retirement-- so you set a goal of having $500,000 saved by that age. In this case, assuming the same 7% annual rate of return, you'd need to save just $375 per month to reach your goal by retirement.

2. It's hard to go back to work once you retire

Say you retire a few years early, thinking you have plenty of savings to last through your life. Then skip ahead a decade or two, and lo and behold: your savings have run dry and you're living off Social Security checks. At this point, you have two options: Scrape by on what little money you have, or try to go back to work.

Unfortunately, the latter option is easier said than done. Older workers have a much harder time finding jobs than their younger counterparts, according to a recent study from the San Francisco Federal Reserve.

And it's worse for women. In fact, female job applicants age 64 to 66 received 47% fewer callbacks from potential employers than younger candidates age 29 to 31, researchers found.

Health issues can make it difficult or even impossible to work as you get older. If you run out of savings as your health begins to deteriorate, you may have no choice but to make do with what you have, even after cutting back. And of course health issues cost money, so should you become ill or injured in retirement, you'll need even more income to pay your medical bills. More on that next...

3. You won't be able to depend on Medicare until you turn 65

When you're picturing your ideal retirement, health insurance probably isn't top of mind -- but it should be. You're not eligible for Medicare until age 65, so unless your employer offers health insurance even after you've retired, you'll probably need to find coverage on your own.

You may be eligible for COBRA coverage, which allows you to stay covered under your employer's healthcare plan for 18 months after you leave your job. But premiums are typically higher than what you paid as an employee, and because coverage only lasts 18 months, if you retire before age 63 1/2, you'll still need to find health insurance to fill the gap.

You can purchase your own coverage through the Affordable Care Act marketplace, though your choices may be limited depending on where you live. Each state has different healthcare options with a wide range of prices, so do research to see whether you can afford your own insurance. You may qualify for subsidies based on your income, but your premiums and deductibles will generally be higher than an employer-sponsored plan.

Don't even think about going without health insurance until you're eligible for Medicare. That could end up being a costly mistake. The average retiree spends over $4,000 per year on out-of-pocket healthcare expenses, according to the Center for Retirement Research at Boston College -- and that's with insurance. If you're forgoing insurance in favor of planning to pay all your healthcare bills out of pocket, you could end up spending far more than you allotted.

Early retirement won't be fun for long if you're not as prepared as you should be. Before you think about leaving the workforce for good, be sure you've thought about all the potential challenges. Then, when you do retire, you'll be able to fully enjoy it without the financial stress.