You may not be as prepared for retirement as you think you are.

Money is a sensitive topic for many people, even causing stress and anxiety for some. Americans are more worried about their finances than any other issue, including relationships and work, according to a Northwestern Mutual survey. Overwhelmingly, nine in 10 people say they're never happier than when their finances are in order.

The good news is that there are a lot of people out there who are happy with their financial situations. More than half (56%) of Americans say their finances are either in good or excellent shape, a Gallup poll found -- a 10 percentage point increase since 2015 and the highest level of satisfaction since 2002.

The poll also revealed that 42% of Americans aren't too concerned about how much they're saving for retirement. While that sounds like good news on the surface, it may not be as positive as it seems. 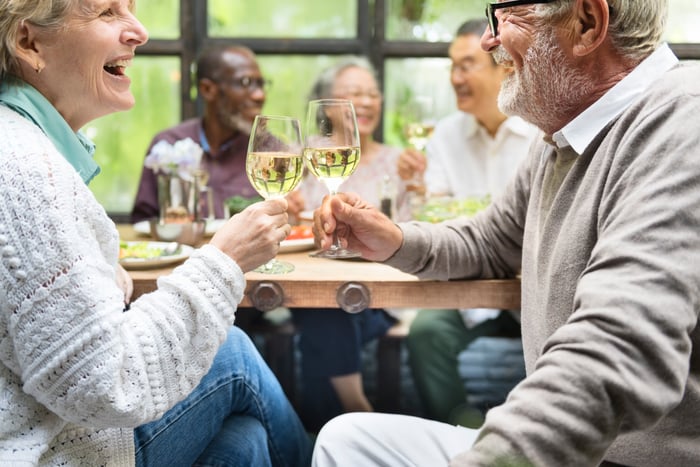 Should workers be worried about retirement?

Retirement planning can be a tricky topic. It's tough to tell whether you're saving enough for the future because retirement is decades away. Even if you're putting a portion of each paycheck toward your retirement fund, that doesn't guarantee you'll have enough saved to retire comfortably.

Even when it seems like you're saving a lot of money, it's easy to underestimate just how much retirement costs. The median amount that baby boomers have saved for retirement is $152,000, according to the Transamerica Center for Retirement Studies. That sounds like a good chunk of change, but if you withdraw $35,000 per year in retirement, that money won't last more than four years.

Also, those who actually have retirement savings are ahead of many other people. Around 42% of baby boomers don't have anything at all saved for retirement, according to the Insured Retirement Institute.

Part of the reason workers feel so confident about retirement even if they don't have hundreds of thousands of dollars socked away could be because they're expecting Social Security benefits to cover most of their retirement expenses. Among future retirees, 42% expect their benefits to be their primary source of income, according to Nationwide Retirement Institute, and 26% of them believe they'll be able to retire comfortably on Social Security alone.

But when the average Social Security check is only $1,400 per month, it may be tough to stretch that money to cover all your expenses. Especially when benefits may need to be cut within the next few decades, it may not be the best idea to put all of your eggs in the Social Security basket.

How to ensure you're prepared enough for retirement

Ideally, you shouldn't rely on Social Security to cover all of your retirement expenses, so it's important to have a robust retirement fund to pull from. But exactly how much should you save?

The rule of 25 is based on the 4% rule, which says you can withdraw 4% of your total savings during the first year you retire, then adjust your withdrawals each year after to account for inflation. To work backwards by figuring out how much you need saved by retirement age, multiply the amount you want to withdraw annually by 25. So, for instance, if you want to withdraw $35,000 per year in retirement, multiply that by 25 to determine you'll need total savings of around $875,000.

Keep in mind that this calculation is just a rough estimate and doesn't consider several factors. For one, Social Security benefits aren't taken into account. (While you shouldn't depend on them to make ends meet, they are a good supplemental source of income.) Also, this calculation assumes you're going to spend the same amount every year in retirement, which likely won't happen. Especially with potential healthcare costs that could arise, your expenses could easily balloon as you get older.

So, what's the solution to ensuring you have enough saved? No matter how much you save, there's no way to guarantee you'll have enough to cover all of your needs. Unexpected expenses will inevitably pop up, and it's impossible to predict exactly how much you'll spend in retirement. But by having a good estimate of how much you'll need, you're more likely to be prepared than if you simply wing it and hope for the best.