When you're planning for retirement, the bulk of the work is centered around saving during the years leading up to when you retire. Many people, then, think that everything will be smooth sailing once they finally leave their job.

However, it's equally important to consider how you'll spend your money once you retire. Because no matter how much planning you put into saving, if you spend too much each year in retirement, you'll run out of money sooner than you expected.

Even among those who do have a withdrawal strategy to ensure they're not overspending in retirement, that strategy may be based on a flawed assumption. One of the most popular guidelines for determining how much you can withdraw each year in retirement is the 4% rule, which states that you can withdraw 4% of your nest egg the first year of retirement, then adjust that number each subsequent year for inflation.

In other words, retirees basing their retirement withdrawals on this guideline are assuming they'll be spending roughly the same amount every year. However, this common mistake could lead to financial troubles down the road. 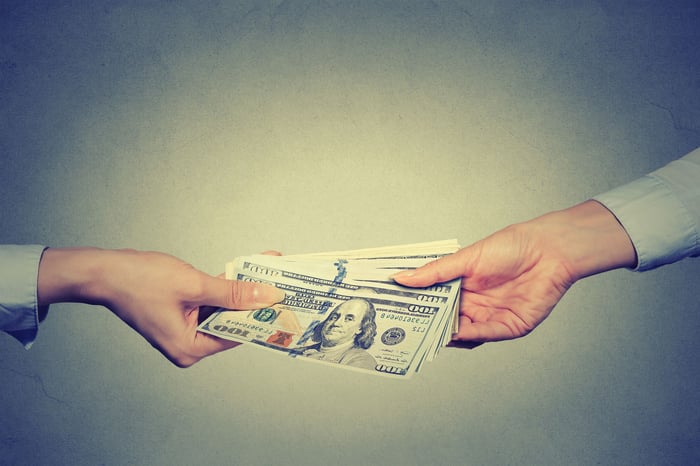 Retirees most commonly saw their expenses increase in the months leading up to and immediately following when they retired, according to the study, which can likely be attributed to traveling, home renovations, and other expensive bucket-list items retirees are eager to check off as soon as they retire. Spending levels then tend to gradually decrease over time, though they may increase again as retirees age and start seeing medical expenses pop up more frequently.

Now, fluctuating spending levels in retirement isn't necessarily a bad thing. Some expenses -- like healthcare costs -- you can't always control, and it's human nature to want to splurge on vacations and new hobbies as soon as you retire. The important thing is that you've budgeted for this spending as you were planning for retirement. If you've created your retirement plan under the assumption that you're going to be spending the same amount every single year, overspending during even one or two years of retirement can throw off the rest of your plan.

If you want to be truly successful in retirement and ensure your money lasts as long as possible, it's important to make sure you have an accurate idea of how you'll be spending your money during your golden years.

How to plan for retirement as accurately as possible

There's no surefire way to guarantee you'll have enough savings to last through retirement. The 4% rule is a good starting point because it will get you in the right ballpark, but it's not always realistic to assume your spending levels will remain static for the rest of your life.

As you're planning for retirement, think about how much you'll spend during your average spending years. That number will likely be similar to or less than what you're spending now each year, and it will include all your basic living expenses. Then consider what you expect to spend during your higher-than-average spending years. For example, if you plan to travel a lot during your first few years of retirement, budget for those trips the best you can before you retire. Or if you think you might move to a new city to be closer to friends or family, consider how that will impact your savings.

You don't have to account for every penny you expect to spend in retirement, but being as accurate as possible with your estimate will give you a better shot at making your savings last. The more difficult part, then, will be estimating the unpredictable costs.

You may not know when unexpected expenses will arise, but you can prepare for them as much as possible. Make sure you have a solid emergency fund before you retire, so if any unplanned costs pop up, you can pull the money from there rather than from your retirement savings. Most experts recommend saving enough to cover three to six months' worth of expenses, but it might be a good idea to save more than that in your retirement emergency fund -- because you'll be living on a fixed income, it will be tougher to replenish your fund if you need to pull cash from it.

Considering potential healthcare expenses is another key to preparing for shifting spending levels in retirement. While you can't prepare for everything, think about any costs you're likely to face. For example, make sure you're budgeting for all costs associated with Medicare, such as premiums, deductibles, coinsurance, and copays. If you currently have any health conditions -- or conditions that run in your family -- think about how much they'll potentially cost you throughout retirement. Again, you don't need to plan for absolutely anything that could happen, but just try to cover your bases as much as you can.

Saving for retirement is only half the battle, and it's just as important to make sure you know how you'll be spending your money each year once you do retire. It's realistic to assume your spending will fluctuate over the years, and if you plan for those fluctuations the best you can, you'll be on the right track to a comfortable retirement.