Retirement plans are essential for anyone who plans to live to old age -- yes, even if you swear you're never going to retire. Yet many people underestimate the importance of doing so, and they put it off or throw out a guess rather than sitting down and doing the math. There are many reasons for this, and here are four of the most common ones.

1. You don't think you need a retirement plan.

An increasing number of Americans are planning to retire after 65 or continue working indefinitely.

Those who believe they'll never retire may think they don't need a retirement plan or retirement savings, and in a perfect world, that would be true. But we don't live in a perfect world. Illness, a family emergency, or a job loss could force you out of work even if you aren't ready to retire. You also might change your mind at some point. It's difficult to predict how you'll feel about your job in a year, let alone in a few decades. 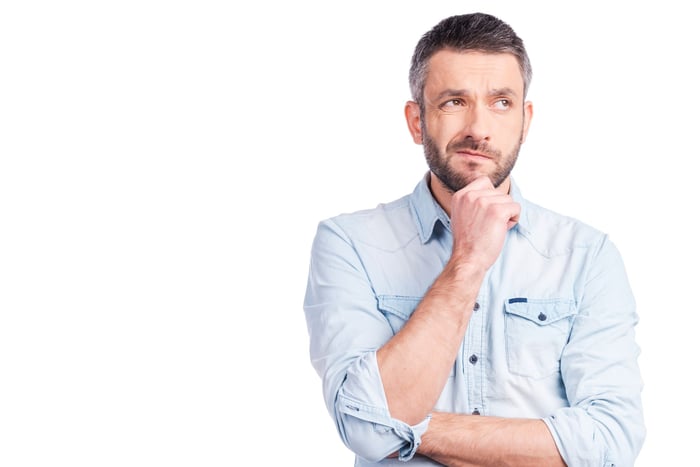 You should have some savings to fall back on in case you're forced to call upon that cash. You can decide how many years of expenses you ought to have saved, but the more you have, the greater your odds of remaining financially secure and independent in your senior years.

Understand that if you're forced to retire earlier than you planned, you may need to give up some of the travel or discretionary purchases you'd planned on to cover your living expenses.

2. You think there's plenty of time left to make a retirement plan in the future.

Young adults in particular may think they have plenty of time left to save for retirement, and that might be true. But what they don't realize is that every month they delay saving for retirement, they are making the job more difficult. That's because your early retirement savings matter much more than your later ones given that they have more time to grow.

Consider $1,000 invested in a retirement account with a 7% annual rate of return. After five years, it would only be worth about $1,400. But after 30 years, it would be worth more than $7,600. By creating a retirement plan while you're young and saving early, you actually reduce the amount you need to personally contribute to your retirement plan each month because your investment earnings will help you reach your goal more quickly.

3. You're too focused on what you're giving up now.

It's hard to lock up money in a retirement account every month when there are so many things you'd like to spend it on now, but you have to keep things in perspective. You're not really giving up that money; you're investing it to help it grow so that you can enjoy a more comfortable retirement when you're older.

You can also get tax breaks this year that help you hold onto more of your own money. Contributions to tax-deferred retirement accounts such as traditional IRAs and most 401(k)s reduce your taxable income for the year. This could land you in a lower tax bracket so you lose a smaller portion of your income to the government. Low-income households might also qualify for the Saver's Tax Credit, which offers a dollar-for-dollar tax bill reduction of up to $1,000 for individuals and $2,000 for married couples.

4. You think your retirement plan is static.

While we'd like to think that planning for retirement is as simple as drawing up a plan once and sticking to it, that's an easy way to end up off track. Your life changes over the years, and your retirement plan needs to, too. As your income rises, you might be able to start setting aside more money per month. This could help you enjoy a more comfortable lifestyle in retirement, or retire earlier than you'd originally planned.

You could also lose your job or fail to save as much as you'd like due to rising household expenses and a growing family. In that case, you'd need to redo your retirement plan to understand when you can afford to retire and what kinds of sacrifices you may have to make to avoid running out of cash prematurely.

Retirement plans may be complicated, and they might seem like a future concern rather than a present one, but there's no getting around the fact that it's important, and the earlier you begin, the easier it will be. Work on drawing up a retirement plan if you don't already have one, and reevaluate it at least once per year so you can make small adjustments, if needed, to keep yourself on track.