Planning for retirement is a process that takes your whole career to achieve. In order to be successful at retirement planning, it's critical to know about all the tools at your disposal and how best to use them in order to save as much as you can for your golden years.

Lawmakers in Washington play a crucial role in providing some of those essential tools to people trying to put together a financial plan for their retirement. However, in the process, those legislators can also throw wrenches into the existing legal system, opening up new opportunities for savers but also sometimes creating pitfalls for the unwary. That's what's happening with a proposed bill known as the SECURE Act, and as many start to believe that the bill will become law, it's important to know the three primary ways that it will change the way you think about retirement.

1. Pushing back required minimum distributions from IRAs and 401(k)s until age 72

Many Americans use IRAs, 401(k)s, and other tax-favored retirement accounts to help them save a nest egg for use after the end of their careers. These accounts are helpful because they offer deferral on any taxes generated by the investments within the accounts until you withdraw your money in retirement. 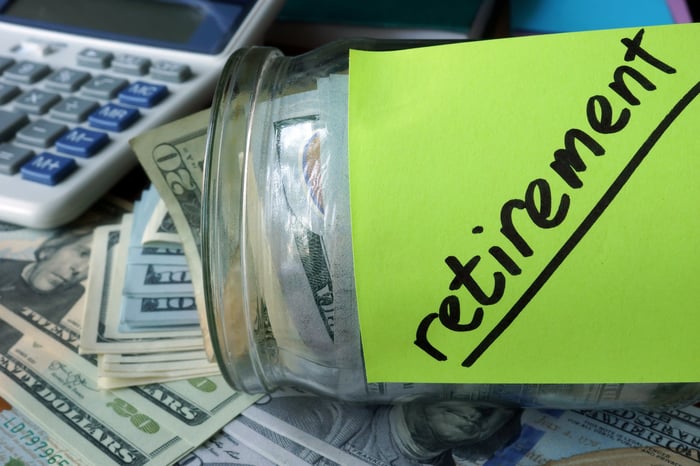 However, Congress didn't want people to be able to defer taxes on their retirement savings forever. That's why they created a system of required minimum distributions. Under current law, most people have to start taking withdrawals from IRAs and 401(k)s starting in the year they turn 70 1/2. The distribution amount is based on your life expectancy, with the idea of having you gradually use up your retirement account balances over time.

The SECURE Act would change the age at which people must take RMDs to age 72. Not only does that give people some extra time before dealing with RMDs, but it also eliminates the complication of dealing with a half-birthday. There's nothing that keeps you from taking money out of your retirement accounts at age 70 1/2 if you want to, but the legislation would make the choice yours.

Under current law, people aren't allowed to make IRA contributions once they reach 70 1/2 -- even if they're still working. Again, the idea that Congress had was that they didn't want people continuing to add to their retirement accounts when they were already well past a typical retirement age.

The harsh reality is that many people still work after age 70 1/2, and allowing them to set money aside in a tax-favored way is only fair. That's the justification behind the SECURE Act's move to allow further IRA contributions.

The third change that the SECURE Act would make isn't as favorable as the first two. In order to help pay for the tax impact of these changes, lawmakers decided to curtail the rules that allowed those who inherit retirement accounts to stretch out distributions over their entire lifetimes. The new legislation would still let spouses treat an inherited account as if it belonged to the spouse. However, non-spouse beneficiaries would have to take distributions within 10 years.

That might not sound like a huge problem, but many people have done extensive retirement planning based on the idea that the full lifetime stretch option would be in place. With that potentially changing, you'll need to look at your estate planning to see if changes are necessary to reach the best possible outcome.

Be ready to take another look at your retirement planning

Whenever laws change, it makes sense to take a close look at your planning to see if you have to make any amendments or revisions. Given some of the potential impacts of the SECURE Act on retirement plans, you should keep an eye on what lawmakers end up doing and then be ready to take action to take advantage of new benefits while protecting yourself against some of the provisions that take away planning opportunities.