So far in 2019, the IRS has issued over $319 billion in tax refunds to over 111 million taxpayers, for an average refund of around $2,860. While getting a big check like that may feel pretty good, in reality, it's not all it's cracked up to be. It suggests that people are making a pretty big mistake with their money.

After all, a tax refund is simply getting back the money you had overpaid in taxes. In essence, you lent the U.S. government money, didn't require any interest on that loan, and let the government decide when to pay you back. As strange as that may seem on its own, with the average American household facing more than $24,000 in non-mortgage debt, it really doesn't add up. Why lend out money for free when paying interest yourself? 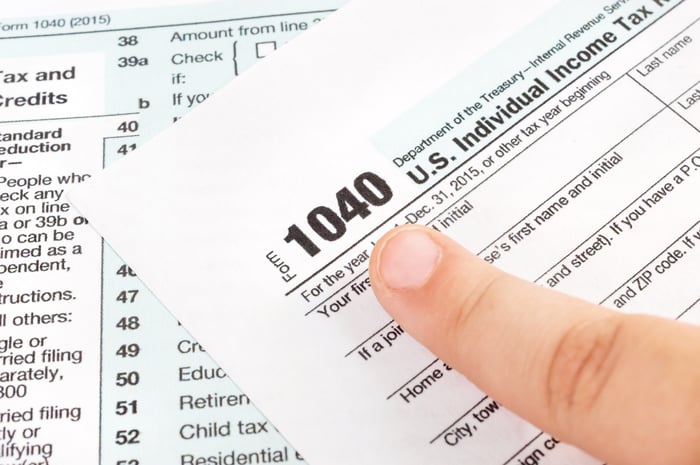 To the IRS, close enough is good enough -- until April 15, of course

While the IRS does require you to make timely payments in the neighborhood of what you owe, you are under no obligation to overpay throughout the year only to get money back later. You need only to get within a "safe harbor" until it's time to true up by tax day. There are three basic safe-harbor tests, and you need to meet just one of them through withholdings or timely estimated payments.

The simplest of the safe harbors is that if you find yourself within $1,000 of your total taxes owed for the year, you're covered. If you have predictable income with no year-end surprises like mutual fund distributions to worry about, this one is worth considering.

Alternatively, if you've paid at least 100% of what you owed for the previous year (110% if that year's adjusted gross income was at least $150,000, or $75,000 if married filing separately), you're covered.  This one is useful if your income is on an uptrend for the year or if you have extremely volatile income where you have no idea where you'll wind up until the very end of the year. It's the only one of the three where you know in advance exactly how much you need to send in to be within the safe harbor.

Finally, as long as you've reached the threshold at least 90% of what you owe for the current year -- 66 2/3% if you're a farmer or fisherman -- you're covered by that safe harbor test.  This test is useful if your income is trending downward -- such as due to a lower bonus, retiring mid-year, or not receiving quite as many capital gains from your investments.

Note that even if you reach a safe harbor for the year, you do need to true up to 100% of what you owe by the April 15 tax filing deadline. That holds true even if you don't have all your paperwork ready by that point and need to file for an extension.

What does it mean to make a "timely" payment? 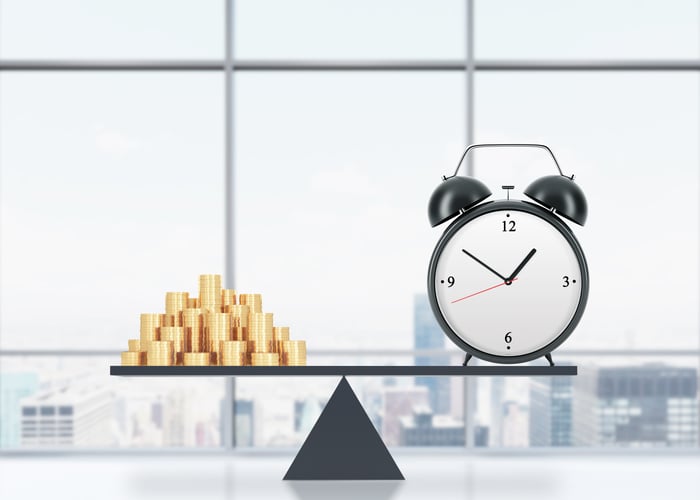 There are two general ways to make your payments timely in the eyes of the IRS. First, withholdings. If the money was withheld on your behalf by Dec. 31, it's considered timely. If you are an employee, chances are you have taxes automatically withheld from your paycheck. You can also instruct your broker or custodian to withhold money from your IRA withdrawals, and Social Security will even withhold income taxes from your benefits if you'd like.

The second method is via estimated payments. There are four deadlines for estimated payments, one per quarter. They're generally around the 15th of April, June, and September of the current year and January of the following year. Generally speaking, you can either make even payments each quarter or use the IRS' Annualized Income Installment Method formulas to better match your tax payments to the timing of your income. That alternative approach is useful if your income is lumpy throughout the year.

By targeting to stay within a safe harbor rather than aiming for a big refund, you can meet your tax obligations without overpaying throughout the year. That lets you stay in control of your money longer and put it to use where it can do you the most good. If it so happens that your asset allocation strategy calls for lending the US government money, you can still do so by buying U.S. Treasury debt. That way, you at least get a little interest for your loan and know in advance when you'll get your money back.