Please ensure Javascript is enabled for purposes of website accessibility
Log In Help Join The Motley Fool
Free Article Join Over 1 Million Premium Members And Get More In-Depth Stock Guidance and Research
By Katie Brockman - Jan 29, 2020 at 6:02AM

Sometimes earlier is better when it comes to claiming Social Security benefits.

Choosing when to begin claiming Social Security benefits is a big decision, because it will impact the size of your monthly checks for the rest of your life.

Some experts advise waiting as long as possible to claim benefits because you'll receive fatter checks. In fact, if you have a full retirement age (FRA) of 67 and you wait until age 70 to begin claiming, you'll receive your full benefit amount plus an extra 24% each month for the rest of your life. If you know you're going to struggle financially in retirement, that extra cash may come in handy.

However, delaying benefits isn't right for everyone, and sometimes it's in your best interest to claim early. Here are three signs you should aim to file for benefits as early as possible at age 62. 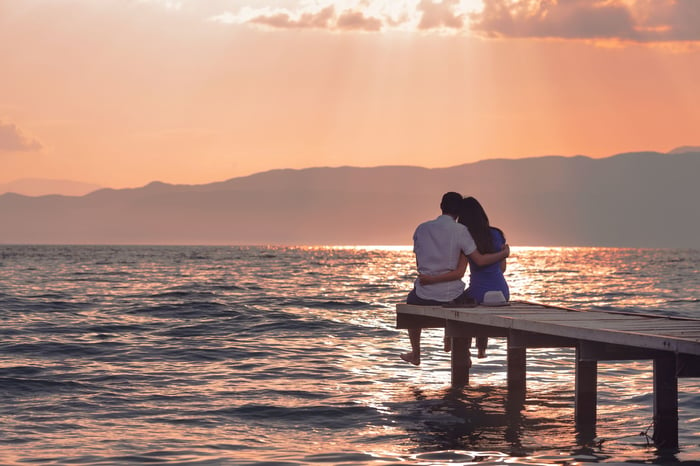 1. You don't expect to spend a very long time in retirement

Theoretically, you should receive roughly the same amount in lifetime benefits no matter what age you claim. If you claim earlier than your FRA, you'll receive smaller checks, but more of them over a lifetime. Wait to claim, on the other hand, and you'll receive fewer checks, but they'll each be bigger.

That said, life doesn't always work out quite so neatly -- and if you don't expect to spend several decades in retirement, you may come out ahead by claiming earlier.

Your Social Security break-even age is the age at which the total amount you've received by delaying benefits surpasses the total amount you would have received by claiming earlier. For most people, that age is somewhere in their early to mid-80s. So if you expect to live longer than that, it may be a good idea to delay benefits because you'll receive more money over a lifetime than if you claimed earlier. However, if you don't expect to live that long, claiming early may be the way to go.

2. You have a healthy retirement fund and can afford to claim early

Sometimes making the best decision doesn't necessarily mean maximizing your money. In some cases, you may simply want to maximize your time. If you have a strong nest egg and don't necessarily need the extra cash from Social Security benefits, you may want to claim early so you can get a head-start on enjoying your retirement.

Claiming early will reduce your benefits by up to 30% (if you have an FRA of 67 and claim at 62), but if you can survive on smaller checks, it might be a good idea. Time is your most valuable asset, so waiting to claim benefits when you don't need the extra money might simply cause you to miss out on precious time in retirement.

3. You've created a claiming strategy with your spouse

If you and your spouse are both eligible for Social Security benefits, it's a good idea to strategize when you should both claim to maximize your monthly checks.

For example, you may decide that the lower-earning spouse should claim early so that the two of you have some extra money to spend right away in retirement, while the higher-earning spouse delays benefits and earns those bigger checks. Or if your spouse is a few years older than you and you've decided to retire and claim benefits at the same time, you may end up claiming early.

Life expectancy can also play a role when it comes to deciding when you and your spouse should claim. If you have reason to believe your partner will live much longer than you, he or she may want to delay their own benefits while you claim early. Then you can enjoy your money now, while your spouse is protected with bigger checks for the rest of his or her life.

There's also not necessarily a "right" answer as to when you should claim, because everyone's situation is different. But if claiming early is the right decision for you, it can make retirement much more enjoyable.