Please ensure Javascript is enabled for purposes of website accessibility
Log In Help Join The Motley Fool
Free Article Join Over 1 Million Premium Members And Get More In-Depth Stock Guidance and Research
By Katie Brockman - Feb 26, 2020 at 6:47AM

If you're thinking about moving later in life, make sure you know how it will affect your after-tax Social Security.

Although many older adults choose to stay put during retirement, nearly 40% of Americans age 55 and older say they'd like to move at least once more, according to a survey from Freddie Mac.

Moving during retirement is a lot of work, but it could also be one of the best decisions you ever make. Particularly if your savings are sparse, moving to a city with a lower cost of living can help you stretch every dollar -- and live your senior years much more comfortably.

However, it's important to consider all aspects of your financial life before you start packing your bags. If you choose to move to a new state when you retire, it could affect how much you get to keep after taxes on Social Security benefits. 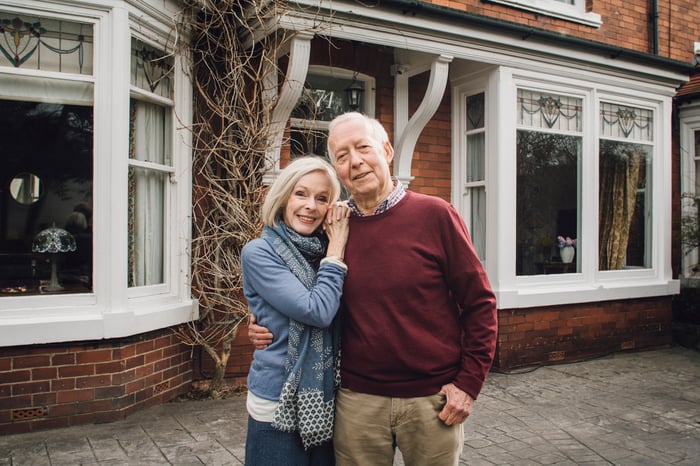 How moving could affect your Social Security

One potentially significant cost to consider when you move to a new area is taxes. You could pay higher property taxes, income taxes, or sales taxes when you move, and depending on what state you live in, you could also pay more taxes on your Social Security benefits.

Even though you've been working and paying Social Security taxes for decades, you may still have to pay both state and federal taxes on your monthly checks in retirement. The majority of states do not tax Social Security income, but there are a handful that still do. The 13 states that do tax benefits include Colorado, Connecticut, Kansas, Minnesota, Missouri, Montana, Nebraska, New Mexico, North Dakota, Rhode Island, Utah, and Vermont. While West Virginia currently taxes benefits, it's phasing out its Social Security tax and plans to eliminate it altogether by 2022.

If you currently live in a state that doesn't tax benefits and decide to move to one that does, taxes could suddenly take a bite out of your benefits. Exactly how much you'll pay in taxes depends on the individual state's laws. Each state has slightly different regulations as to how much of your benefits are subject to tax, so if you're thinking about moving to a state that taxes Social Security benefits, be sure to look into the tax laws to see how your benefits may be affected.

Federal taxes could affect your benefits, too

No matter what state you live in, you may also face federal taxes on your monthly checks. But you could pay higher or lower taxes depending on what's called your "combined income."

If you end up moving to an area with a much higher or lower cost of living, it will affect how much you spend each year. If you're drawing that money from IRAs or 401(k) accounts on which you have to pay tax on withdrawals, having to spend more could boost your combined income. If your combined income changes dramatically, it could also affect how much you'll pay in federal taxes on your benefits.

Say, for example, you and your spouse typically take retirement account withdrawals that add up to a combined income of $30,000 per year but are moving to a new city where you'll need to take larger withdrawals that will make your combined income increase to $45,000 per year. In this scenario, you could go from paying no federal taxes on your benefits to paying taxes on a substantial portion of your benefits.

Finally, remember that there's more to consider when moving than just taxes. Even if you'll face higher state or federal taxes on your benefits by moving to a new state, if that state also offers dozens of other financial perks that will lower your overall cost of living, the higher taxes might be worth it. Just make sure you're looking at the entire financial picture before you make any major life decisions.