Please ensure Javascript is enabled for purposes of website accessibility
Log In Help Join The Motley Fool
Free Article Join Over 1 Million Premium Members And Get More In-Depth Stock Guidance and Research
By Katie Brockman - Oct 6, 2019 at 8:15AM

Living in one of them could bring a big tax advantage.

If you're going to depend on your monthly checks to pay the bills, it's crucial to understand how taxes will affect you. Based on where you live, you may be subject to taxes on your benefits at both the state and the federal levels.

Not all states tax Social Security, though, so you may be able to keep more of your benefits if you retire in one of these places. 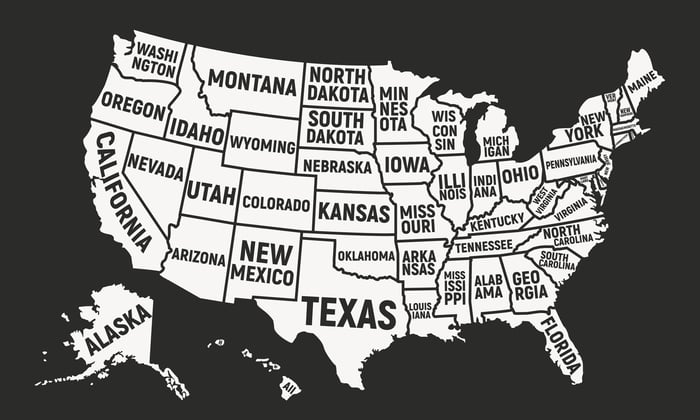 Most states have slightly different laws surrounding how income is taxed, but in these 37 states, you won't pay state tax on Social Security benefits:

Seven of these states (Alaska, Florida, Nevada, South Dakota, Texas, Washington, and Wyoming) don't have any state income taxes, and Social Security benefits fall into that category. Other states do have income tax, but only on investment income and dividends. The majority of states, though, charge income tax but have exceptions for Social Security income.

Also, while Illinois doesn't tax Social Security benefits, that could change. It is not in the best shape financially (to put it mildly), and some groups think that by taxing Social Security, it could improve its financial situation. Nobody knows how that will play out, but if you're an Illinois resident and close to retirement, keep an eye on it to see how your benefits might be affected.

Living tax-free in retirement? Not so fast

Even if you live in one of these 37 states, you're not exempt from federal taxes. Not everyone has to pay federal taxes on their benefits; it depends on your income. But that income threshold is so low, most people will pay some tax on Social Security benefits.

Depending on your combined income, you may need to pay tax on a portion of your benefits:

If you're considering moving to a more tax-friendly state in retirement to save some money, that's not necessarily a bad idea. But taxes are just one part of the big picture in retirement. Consider how moving to a different state would affect your overall cost of living.

For instance, what are the property taxes in your prospective new state? How much will it cost to rent or buy a home? If you move, will you be spending more on travel to visit friends and family? Weigh all the pros and cons of moving to see if the tax advantages outweigh the costs.

When you're depending on Social Security to make ends meet, paying taxes on benefits can throw off your retirement plan if you don't factor them into your budget. The more you understand about taxes, the better off you'll be.