Please ensure Javascript is enabled for purposes of website accessibility
Log In Help Join The Motley Fool
Free Article Join Over 1 Million Premium Members And Get More In-Depth Stock Guidance and Research
By Selena Maranjian - Apr 19, 2020 at 8:05AM

They not only became millionaires, but they did it in their 30s.

We all would like to be millionaires -- unless we are millionaires, in which case we may be dreaming of becoming billionaires. But if you work in an ordinary, not-super-lucrative job, achieving millionaire status might seem daunting, if not impossible.

Many ordinary people have become millionaires -- and multimillionaires -- though. Even schoolteachers. Here's a look at two teachers who managed to retire early, with a million dollars. 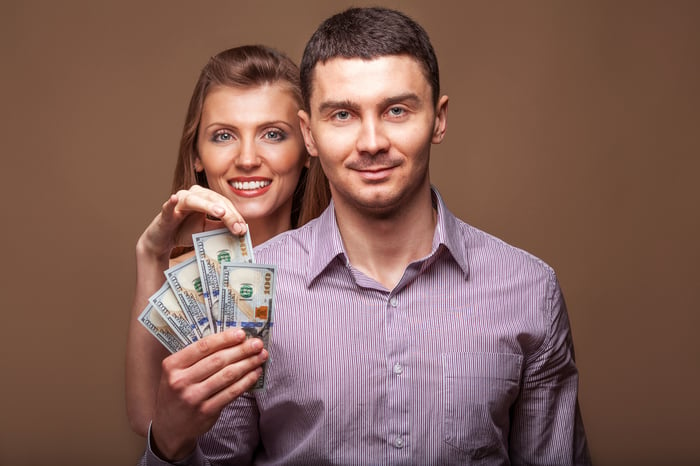 How they did it

Meet Jo and Ali Olson. Both teachers, they retired with more than a million dollars in their 30s after only having worked for eight years. How is that possible? Well, let's break it down in a simplified manner: Two people working for eight years is 16 years of work. Divide a million dollars by 16 and you end up with $62,500 -- what each of them would have to have saved each year, on average, not including any taxes or investment growth. Suddenly it's not looking so unimaginable, right?

Of course, the average teacher salary in America isn't that high -- according to the U.S. Bureau of Labor Statistics, the median annual income of elementary, middle, and high school teachers was recently $58,230, $58,600, and $60,320, respectively. Of course, some states pay much higher salaries, and other states pay lower ones. Also, teachers with advanced degrees typically make a little more, though teachers with little seniority, like those in their 20s and 30s, tend to earn less.

The Olsons managed to retire early with a lot of money because they worked hard at it. They took on as many extra jobs as they could -- such as running clubs at their schools, tutoring, and teaching summer school. They lived in a region that had a low cost of living, which helped, too -- it can be hard to save in places like greater San Francisco, where housing costs are very steep. The Olsons also started buying rental properties, which helped their income grow more.

Finally, they lived frugally: When they were earning a combined $80,000 annually just from their teaching salaries (plus more from their other jobs and rentals), they were living on just $20,000. They lived in a tiny condo, drove old cars, and ate at home most of the time.

How you can retire early with money, too

It's very possible that you can do what the Olsons did, too. You don't necessarily have to go about it the same way, either. Making money as a landlord isn't always easy or simple, but if you want to look into it, check out The Motley Fool's sister site, Millionacres.com.

There are plenty of other options, too. For example, you (and, ideally, your spouse) can take on a side gig or two, making money in any of many ways:

If you can be aggressive about it for some years, you can make a lot of extra money.

Once you're generating extra money, invest it well. It's hard to beat the stock market for long-term wealth building (though it's not a good place for money you'll need within five or even 10 years, as recent events have reminded us). A great option for most of us is one or more low-fee, broad-market index funds. An index fund tracks the returns of a certain index of securities by holding roughly the same holdings in the same proportion. You're not even settling if you opt for index funds, as they tend to outperform most non-index stock funds. As of the end of 2019, for instance, the S&P 500 outperformed fully 90% of large-cap stock mutual funds over the previous 15 years.

It won't be enough to just make more money, you'll also have to be serious about spending less -- ideally, much less. You might do that by downsizing your home to save on the mortgage or rent payment, taxes, insurance, and upkeep, and you might also try to live with just one vehicle and to prepare most of your meals at home, perhaps using less meat. There are lots of ways to spend less and save more. 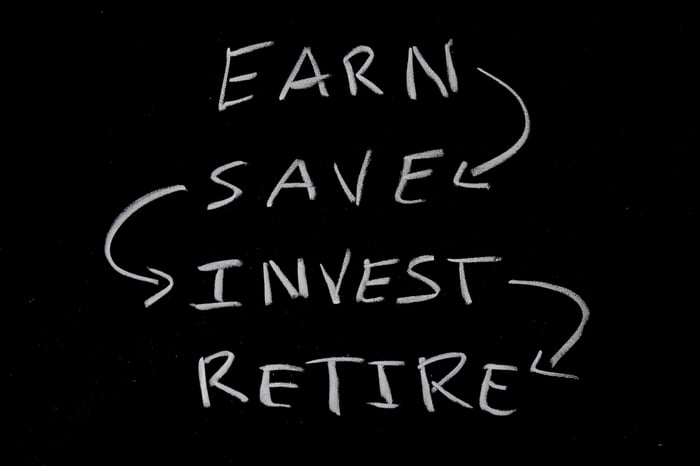 An easier path to $1 million

You can also retire with a million dollars without as much effort -- though it can take longer. The table below shows how much you might amass saving different sums each year for different lengths of time:

Parking your long-term money in index funds gives you a shot at averaging 8% returns -- though over any particular period you'll probably earn a somewhat different return.

Don't think you can't retire a millionaire, because there's a good chance that you can. And if you're aggressive about it, you might even be able to retire early.