Please ensure Javascript is enabled for purposes of website accessibility
Log In Help Join The Motley Fool
Free Article Join Over 1 Million Premium Members And Get More In-Depth Stock Guidance and Research
By Katie Brockman - May 12, 2020 at 8:33AM

Too many workers may be putting their retirements in jeopardy by making this mistake.

Social Security can be a confusing topic, but when so many retirees depend on their benefits to make ends meet, it's crucial to understand the program as much as you can. While you don't need to know all the nitty-gritty details, it is important to have a solid grasp on the basics. And there's one key element of the program that too many workers misunderstand. 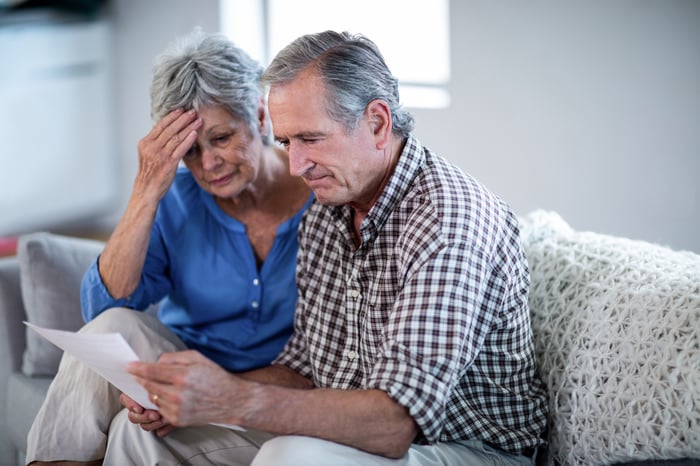 Workers are optimistic about the future of Social Security -- perhaps a little too optimistic. Approximately 48% of workers are confident that the Social Security Administration (SSA) will be able to continue paying out benefits in the future that are of equal value to today's benefits, according to a recent survey from the Employee Benefit Research Institute.

In reality, however, there's a chance benefits might be reduced within the next couple of decades. Right now, the money that comes in from payroll taxes isn't enough to cover current retirees' benefits, so the SSA has had to tap its trust funds to avoid making cuts. But those trust funds are expected to run out of money by 2034, according to the SSA Board of Trustees' latest estimates, and when that happens the money coming in from taxes will only be enough to cover around 76% of benefits.

So what does that mean for future retirees? It means that unless Congress finds a solution before then, future benefits could be cut by close to 25% by 2034.

Because so many older Americans depend on their monthly checks to survive in retirement, benefit cuts could be problematic. Especially if you're preparing for retirement under the assumption that the SSA will not be cutting benefits, you could potentially be blindsided if you don't receive as much as you expected.

How much will you collect from Social Security?

To get an idea of how much you'll receive in benefits, you can create a mySocialSecurity account. This will allow you to see what your future benefit amount looks like based on your real earnings. To play it safe, you may want to assume you won't receive that full amount just in case there are benefit cuts in the future. By planning on receiving less than you expect, you can be sure you won't be caught off-guard later.

Also, keep in mind that this amount is how much you'll receive if you claim at your full retirement age (FRA) -- which is age 67 for those born in 1960 or later, or either 66 or 66 and a certain number of months for those born before 1960. You can begin claiming benefits as early as age 62, but if you claim at that age, your monthly checks will be reduced by up to 30%. If there are benefit cuts in the future, claiming early will mean you'll collect even less from Social Security each month.

You can also delay claiming benefits past your FRA, and by doing so you'll receive extra money each month. If you have a FRA of 67 years old and choose to claim at age 70, you'll receive your full benefit amount plus an additional 24% each month. You can wait until after age 70 to claim, but you won't receive any extra benefits by delaying past that age.

No matter how much you'll collect in benefits or what age you choose to begin claiming, make sure you've considered how potential benefit cuts could affect your retirement strategy. If you're planning on relying on your benefits for a significant portion of your retirement income, you may consider waiting a little longer to claim to earn those bigger checks in case benefits are reduced down the road. Or you might simply save more in your retirement fund so you're not as dependent on Social Security in the first place. Whatever you choose, the more thought you've put into your strategy, the better off you'll be in retirement.