Please ensure Javascript is enabled for purposes of website accessibility
Log In Help Join The Motley Fool
Free Article Join Over 1 Million Premium Members And Get More In-Depth Stock Guidance and Research
By Katie Brockman – Jun 2, 2020 at 8:32AM

It's not the right choice for everyone.

For many people, retirement is a lifelong goal, and you'll need to save consistently for decades to achieve it. But for more and more workers, retirement is becoming unreachable, no matter how hard they work for it.

Roughly 40% of people believe they'll never be able to retire at all, according to a recent survey from Social Security advice site SimplyWise. In addition, around 67% of workers plan to retire but expect to keep working to some degree.

That may not sound appealing, especially if you've been looking forward to leaving your job and relaxing during your later years. But for some people, it might be the best option to enjoy retirement comfortably. 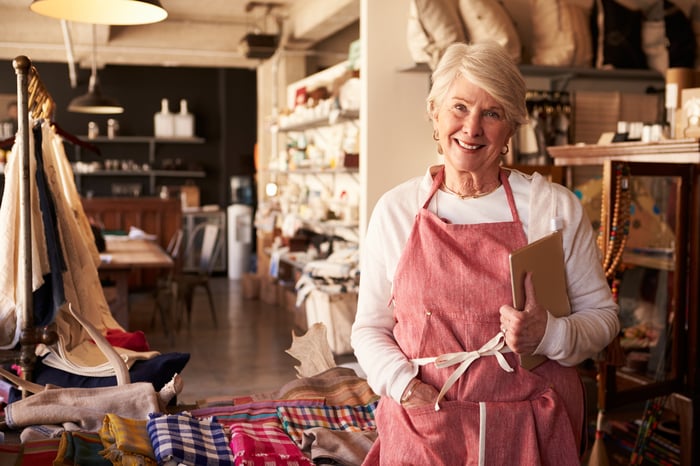 Whether your retirement investments have taken a nosedive due to the coronavirus pandemic or you've been falling behind on your savings for years, working longer has two major advantages: You'll have more time to save, and your money won't need to last as long.

You might choose to delay retirement by a few years and then fully retire, or you could retire and then continue working part time. Either way, working past your desired retirement age means it will be easier to build a healthier retirement fund.

In addition, when you work a few years longer than you anticipated, your savings won't need to last quite so long, so you won't worry as much about outliving your savings. And if you're working part time in retirement, you won't need to dip into your savings as much each year, which also helps your money last longer.

You're also able to continue working even after claiming Social Security benefits, which could potentially result in larger checks down the road. Depending on how much you're earning, your benefits could be temporarily reduced if you claim before your full retirement age (somewhere from 66 to 67, depending on when you were born). But then once you reach full retirement age, your benefits will be recalculated to account for the amount that was withheld, and you'll start receiving fatter checks.

The risk of trying to work later in life

Working longer or working part time in retirement has its advantages, but there's also one significant risk: You may not actually be able to work longer.

Nearly 40% of retirees said they ended up retiring sooner than planned, according to the 2019 Retirement Readiness Survey by Aegon, a life insurance, pension, and asset management company. Two of the most common reasons for early retirement are health issues and unexpected job loss. So even if you want to continue working in retirement or delay retirement by a few years, you may not have that option.

The COVID-19 pandemic could make it even harder to continue working. People age 55 and older are one of the hardest-hit groups when it comes to job losses, with an unemployment rate of 13.6% in April, according to the Bureau of Labor Statistics. If you're laid off at an older age and can't find another job, you might be forced to retire whether ready or not.

If you're banking on being able to work longer but then lose your job or develop health issues and can't keep working, that could potentially wreck your retirement plans. And because nobody knows what the future has in store, assuming you'll continue working for as long as you'd like can be an incredibly risky move.

If you have reason to believe you'll develop health problems or lose your job, it might be best to plan on retiring earlier than you expect just to be safe. But if you're able to continue working, that might be a smart move to build up your savings and enjoy a more comfortable retirement.