The average retiree collects just over $1,500 per month from Social Security, and for around one in five married couples, these monthly checks make up at least 90% of their income in retirement.

If you and your spouse are expecting to depend on Social Security benefits for even a portion of your income during your senior years, it's important to start planning now. And there's one smart move in particular that can affect your monthly income for the rest of your retirement. 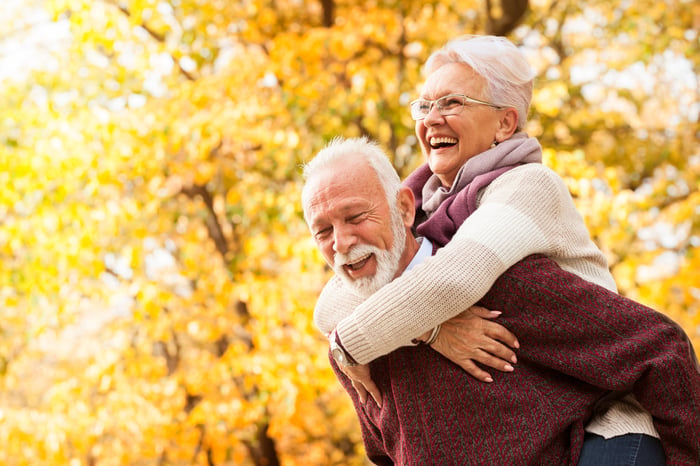 You're eligible to start claiming Social Security as early as age 62, or you can wait until later to receive larger checks. By delaying benefits until age 70, you'll receive the maximum benefit amount each month.

One of the most important Social Security moves you and your spouse can make is to figure out when you'll both claim and determine how it will affect your benefit amount.

In some cases, it makes sense for the higher earner to delay benefits while the lower earner claims early. That way, you'll have some extra spending money earlier in retirement, but you'll also be able to take advantage of the higher-earning spouse's larger monthly payments later down the road.

This can also be a smart move if you expect the lower earner to outlive the higher earner. Generally, if one spouse passes away, the surviving spouse is eligible to collect the deceased person's entire benefit amount in survivors benefits. If the higher earner delays benefits and then passes away first, the surviving spouse can continue collecting those bigger checks.

Other options to consider

In other scenarios, though, it might make more sense for both spouses to claim early or delay benefits.

If, for example, you and your spouse are expecting to retire early and want to start collecting Social Security as soon as possible to help fund your retirement, it might be smart for you both to claim early. On the other hand, if you're looking to maximize your retirement income, you may both choose to delay claiming benefits until age 70.

What if one spouse isn't eligible for benefits?

The maximum amount you can receive in spousal benefits is 50% of the amount your spouse is entitled to collect at his or her full retirement age (FRA). To collect this amount, you'll also have to wait until your FRA to claim, because if you file before that age, your benefit amount will be reduced.

Social Security benefits can make a huge difference in your retirement, so it's important to ensure you're making the most of them. Creating a strategy for when you and your spouse will claim can help maximize your income in retirement.