Nearly one-quarter (22%) of retirees say they have Social Security regrets, according to a 2019 study conducted by the Michigan Retirement and Disability Research Center at the University of Michigan.

Because Social Security benefits are an integral aspect of retirement for millions of older Americans, regrets about when you chose to file or how much you receive each month can have a devastating effect on your senior years. As you're planning for retirement, be careful to avoid these common Social Security regrets. 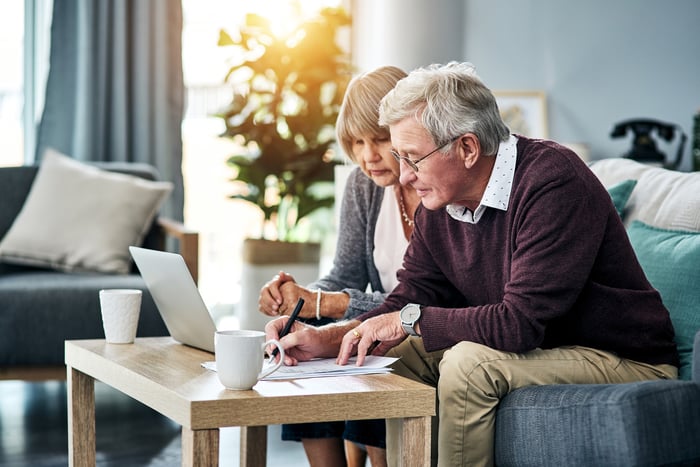 Approximately 1-in-5 retirees say they wish they would have waited longer to begin claiming benefits, according to the University of Michigan study.

The earlier you file for Social Security benefits, the smaller your monthly payments will be. In fact, if you have a full retirement age of 67 years old and begin claiming benefits at age 62, your benefits will be permanently reduced by 30%. If you're depending on that income to make ends meet, those smaller checks can sting.

In some cases, delaying benefits can be a wise move, because you'll earn larger monthly payments. And that extra money each month can go a long way if you're strapped for cash in retirement.

That said, sometimes delaying benefits can be detrimental as well. Although you'll receive bigger checks each month, it's important to look at the big picture.

Of course, unless you have a crystal ball, there's no way to accurately predict how long you'll live or what your health will look like in the future. But if you're already battling health issues or have reason to believe you may live a shorter-than-average lifespan, you might regret waiting too long to take Social Security.

Roughly 21% of retirees say their actual benefit amount was substantially different than what they expected to receive, according to the University of Michigan. Of that 21% of respondents, most expected their benefit amount to be higher than it actually was.

Millions of retirees depend on Social Security to make ends meet during their senior years, so it's crucial to ensure you're making the best decisions to maximize your benefits. By avoiding these three regrets, you can make the most of your monthly checks.