Nearly 90% of older adults depend on Social Security benefits in retirement, according to a survey from Gallup. Also, more than one-third of Americans say their monthly checks are a major source of income.

But Social Security is on shaky ground, and the Social Security Administration predicts its trust funds will be depleted after 2034. When that happens, retirees will see benefit cuts of up to 24%, unless Congress finds a solution to the program's cash shortage before then.

While nobody knows precisely what the next presidential administration will accomplish, President-elect Joe Biden's plan for Social Security includes increasing benefits for millions of retirees. Here are three ways you could collect more from your monthly checks. 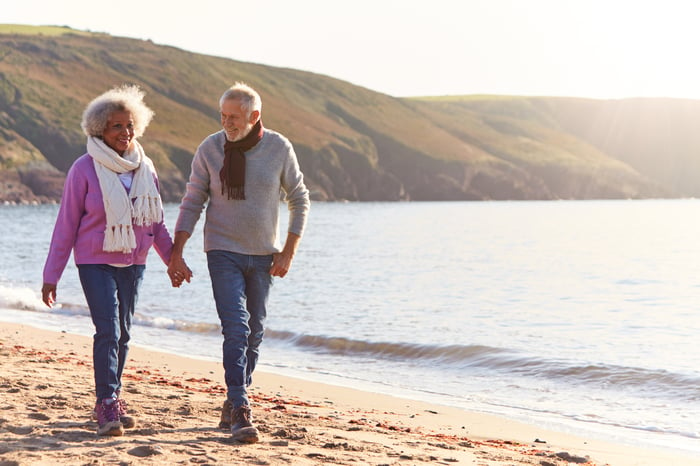 1. A boost in benefits for older retirees

Part of Biden's plan includes increasing benefits for those who have been collecting Social Security for at least 20 years. You must be at least 62 years old to begin claiming, so this proposal will affect retirees in their early 80s and older.

Approximately one in seven seniors live in poverty, according to data from the Kaiser Family Foundation. Your retirement fund may run dry later in life, and Social Security benefits aren't designed to be your sole source of income. With larger checks for older retirees, though, it may be easier for seniors to avoid slipping below the poverty line.

Your benefit amount generally depends on your earnings throughout your career. But there's a special minimum benefit amount available to lower-income workers that's higher than what these workers would receive under the normal benefit formula.

However, Social Security benefits have lost much of their buying power over the years. In 2020, the special minimum benefit amount for someone who has worked for 30 years is $897.90 per month. That's just $10,775 per year. For reference, the poverty level for individuals in the U.S. is $12,760 per year.

President-elect Biden plans to revamp the minimum benefit amount. Under his proposal, seniors who have worked for at least 30 years will receive a benefit amount that's at least 125% of the poverty level.

Considering so many seniors are already living in poverty, losing a source of income can be financially devastating -- even with help from survivors benefits. Biden's plan includes increasing monthly payments by 20% for widows and widowers, which aims to keep more seniors out of poverty.

Until President-elect Biden takes office, nobody knows for sure whether any of these proposals will come to fruition. But with millions of seniors relying on Social Security in retirement, a boost in benefits can go a long way.