Please ensure Javascript is enabled for purposes of website accessibility
Log In Help Join The Motley Fool
Free Article Join Over 1 Million Premium Members And Get More In-Depth Stock Guidance and Research
By Maurie Backman - Jun 1, 2021 at 6:48AM

The coronavirus crisis shook up a lot of people's finances, but most near-retirees are still aiming to leave the workforce on schedule, a recent report says.

The coronavirus pandemic threw a lot of people's financial plans off course. Many seniors, for example, who intended to continue working well into their 60s were forced to leave sooner, when health-related concerns drove them away. Meanwhile, millions of jobs were shed once the outbreak struck, and so some older workers were downsized out of a job, leading to an earlier retirement than planned.

The pandemic also made a lot of people financially wary, especially in March of 2020, when the stock market crashed. But interestingly, a report from the Pew Charitable Trusts reveals that most older workers do not intend to delay their retirement as a result of the pandemic. And that's a positive thing. 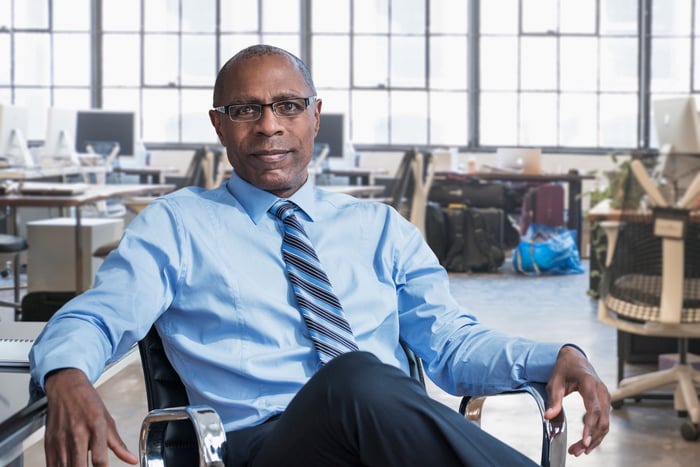 Why older workers are sticking to their plans

Back in March of 2020, when stocks quickly tanked, it became clear that barring a very swift market recovery, many older workers on the cusp of retirement would need to postpone their plans and wait for their portfolio values to climb back up. But then something amazing happened: The stock market did, in fact, recover quickly, so much so that portfolio values were largely restored well before the end of the year. And that's likely what saved a lot of people's plans.

But here's what's interesting: The Pew survey was actually conducted in May and June of 2020, before the stock market had really had a chance to stage a full recovery. What might have happened, though, was that near-retirees had enough of their assets in safer investments to be able to keep their plans intact, even with stocks taking a beating.

A surprising but positive turn of events

The fact that so many older Americans are sticking to their retirement plans is downright amazing coming off a year when the unemployment rate for workers 65 and older reached 15.6%, the highest on record for that age group. In fact, all told, just 16% of older Americans say they expect to retire later than they initially planned due to the pandemic.

Still, if you're part of that 16%, you might not be thrilled with it. If that's the case, you could be able to get yourself closer to your initial retirement date by ramping up your IRA or 401(k) plan contributions once your finances have recovered from the impact of the past year. You might also look into putting back any money you withdrew from your retirement savings under the CARES Act if you can afford to do so.

And if you still get stuck delaying your retirement because of the pandemic, take some comfort in the fact that Americans are living longer these days, so if you postpone that milestone, you may still have many post-work years to look forward to. Delaying retirement could also mean getting to hold off on claiming Social Security, which could result in a higher monthly benefit for life. And while that may not have been part of your original plan, it's a respectable silver lining.