Please ensure Javascript is enabled for purposes of website accessibility
Log In Help Join The Motley Fool
Free Article Join Over 1 Million Premium Members And Get More In-Depth Stock Guidance and Research
By Katie Brockman – Jun 23, 2021 at 8:15AM

Here's what you need to know about Social Security if you're close to retirement.

Millions of older Americans depend on Social Security benefits to help fund their retirement. Approximately 90% of seniors receive monthly checks, according to the Social Security Administration, and those checks make up around one-third of the average retiree's income.

Although Social Security may be a significant source of income for retirees, depending too much on it could be dangerous. If you're close to retirement, there are two reasons you shouldn't count on Social Security -- and one reason you might still be able to depend on it. 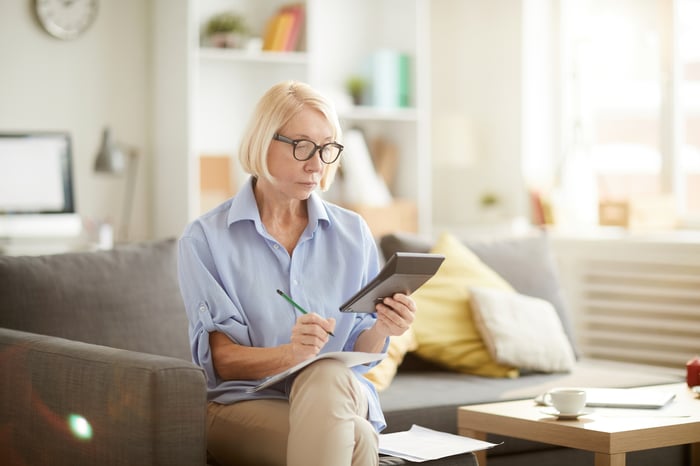 Why you can't count on Social Security

1. Benefit cuts may be coming soon

However, with baby boomers retiring in droves and older retirees living longer, the SSA is paying out more money in benefits than it's receiving in taxes from workers. To cover the deficit, the SSA has been tapping its trust funds. But those funds are expected to run dry by 2034, according to the SSA's latest research.

When those funds are depleted, payroll taxes will be the primary income source for benefits -- and they will only cover around 76% of future benefits, the SSA found. That means that unless lawmakers find a solution to the problem, future benefits could be slashed by nearly 25%.

Even if benefits aren't cut in the future, Social Security was never meant to be a primary source of income. The way the program was designed, benefits were intended to cover around 40% of a worker's pre-retirement income. The other 60%, then, would need to come from a pension, savings, or other sources of income.

Unless you're willing to make drastic budget cuts, most people can't afford to live on Social Security alone. The average retiree receives around $18,500 per year in benefits, and if your checks are reduced in the next couple of decades, it will be even more difficult to pay the bills with Social Security alone.

Why you can depend on your benefits

With benefit cuts looming, it can be daunting to think about retirement without Social Security. The good news, though, is that although benefits may be reduced, they won't go away entirely.

Benefits depend on payroll taxes, so as long as workers continue paying their taxes, there will always be some money to pay out in benefits. So no matter what happens with Social Security, there's a good chance you'll still be able to depend on your benefits to some extent.

It's still smart, however, to make sure you have other sources of income besides Social Security. Do your best to save as much as possible in your retirement fund, because you'll likely need to depend on your personal savings for the bulk of your income. If your savings are falling short, consider delaying Social Security benefits to earn bigger checks each month.

Social Security benefits will likely make up a good portion of your retirement income, but you may not be able to depend on those monthly checks as much as you think. By preparing for potential benefit cuts now and beefing up your savings, you can keep your retirement on track no matter what happens with Social Security.