Tax-favored retirement plans are a key component of successful retirement saving. Depending on where you work, a 403(b) plan may be your best chance to save the most you can.

If you've read financial advice on how to save for retirement, you've almost certainly run into references to 401(k) plans. Named after the section of the Internal Revenue Code that created them, 401(k)s are employer-sponsored retirement plans geared toward private employers.

But if you work for a school, hospital, or a public charitable organization, or if you're a minister, then you may be eligible to participate in a 403(b) plan. 403(b)s are very similar to 401(k) plans, but with some key differences that can make 403(b) plans easier to deal with than their private-employer counterpart. 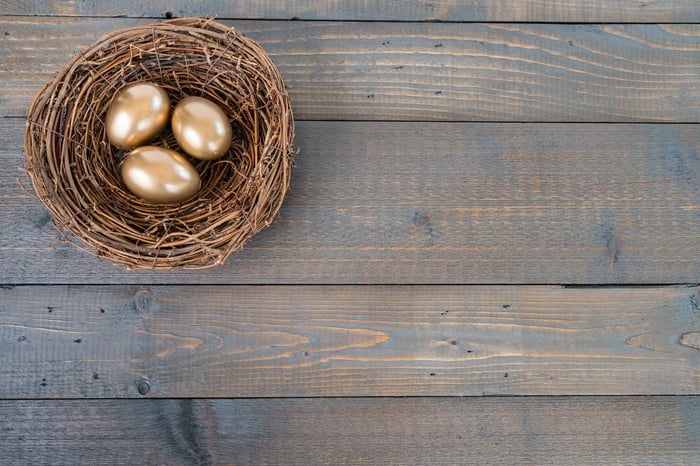 403(b) plans have been around for more than half a century, a good two decades longer than their private-sector 401(k) counterparts. Although different parts of the tax law govern the two plans, they share many similarities. Like 401(k)s, 403(b)s allow employees to choose to set aside part of their pre-tax earnings toward their retirement, producing immediate tax savings for those who participate. 403(b)s and 401(k)s both give accountholders the opportunity to have their money grow on a tax-deferred basis, with no taxes on income or capital gains from assets within the account before the employee makes any withdrawal from the plan. Both plans are designed specifically for retirement savings, with penalties for early withdrawal, and both plans have similar employee contribution limits: $17,000 for those under age 50 for 2012, and $22,500 for those 50 or older.

But some aspects of 403(b) plans differ from how 401(k) plans work. In general, employers take a more hands-off approach with 403(b) plans, with employees often missing out on the employer contributions that many private corporations make on behalf of their workers, but with administering plans being much easier for employers. Those companies that do offer matching on 403(b) plans often allow such contributions to vest immediately, rather than forcing workers to remain employed for three years or more in order to keep those matching contributions when they switch jobs or retire.

How to invest
Early in their history, 403(b) plans required participants to invest in annuity products offered by life insurance companies. That left 403(b) participants at a disadvantage to workers with 401(k) accounts, as annuities typically carried higher fees than the mutual funds that 401(k)s so often use as their predominant investing vehicle.

For nearly 40 years, though, the laws governing 403(b) plans have allowed mutual funds as investment options, putting them on a more even keel with 401(k)s. Still, if your employer doesn't give you good investment options, you might well be stuck with subpar investments at exorbitant costs.

Make the most of your 403(b) plan
The key to successfully using your 403(b) plan is to take full advantage of it. No other retirement savings vehicle provides as generous contribution limits as 403(b)s do, and the ability to reduce your current tax burden by thousands of dollars is hard to match elsewhere.

As with other investments, you'll want to check on some things in deciding exactly how to invest your 403(b) money. Look at the investment options you have and compare them on the basis of cost, past performance, and risk level. Make sure you understand exactly what fees you'll pay on your account, even if they'll be taken directly out of your mutual fund or annuity account balance. In particular, with annuities, become familiar with any surrender charges that may apply if you want to sell or exchange them for another type of investment in the future. And finally, if you use products from a life insurance company, take a look at that company's rating to see if they're stable and secure.

Get started saving
If you want to retire rich, a 403(b) plan can be a big part of a successful retirement strategy. If you're eligible to participate in a 403(b) plan, learn more by contacting your HR representative and get the whole story about your plan.