Here’s how much we invested on average per month to retire by age 43.

Nobody's saying it's easy to retire early on an average salary, but it's not impossible, either. It took my wife and I 15 years to "get rich slowly," investing steadily month by month until we had amassed a nest egg of nearly $1 million -- enough to safely generate about $40,000 per year. We've been retired for more than six years now and have found we can live comfortably, if frugally, on this amount while still traveling extensively (as shown on our website).

The first three years of this 15-year period were insignificant in terms of investing because we were focused on buying and furnishing our home, paying off loans, and switching to a 15-year mortgage. During our 12 primary investing years, we averaged just more than $28,000 per year, or $2,333 per month, in investments.

Percentage-wise, that comes out to about 33% of our net income on average per year. So if you're saving one-quarter to one-third of your net income, there's a fair chance you're on track for early retirement, too.

Note the big jump in savings that occurred in 2000 and 2001 due to my wife's retraining as a nurse. After paying off her student loans in 2000, we were able to channel virtually all of the extra money she was earning straight into investments. The lesson learned is to invest in yourself first if you want to maximize results.

How much can you invest monthly?
What you can accomplish depends a lot on your own situation, of course -- financial and otherwise. Let's take a look at three different scenarios:

If all of these amounts seem impossibly large to you, don't get discouraged; just consider how little we saved in our first three years. With a long time horizon, you have plenty of time to make career improvements to supercharge your savings. Here's a tip: When you get a raise at work, channel the majority of it into increased savings before you become used to living on the higher amount. Your monthly savings rate can jump dramatically by following this simple approach. 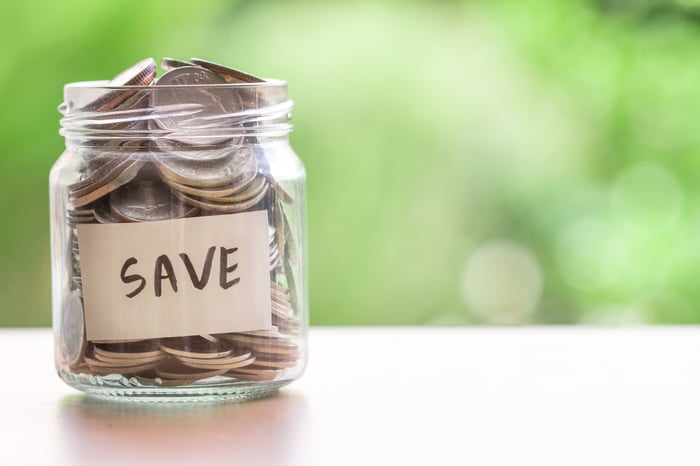 Jobs and kids
Retiring early does not demand a high-powered job, but it does require you to live consistently below your means. We achieved early retirement with no outside financial help and with combined gross salaries averaging $89,000 over the 15 years from 1992 to 2006. Most people take comfort in hearing we were able to realize our early-retirement dreams with relatively normal jobs.

We can say with certainty that we could not have retired at age 43 with kids, given our modest salaries, but we believe we could have retired by age 50. To give yourself the best chance of success, let compounding do more of the work for you by investing smaller amounts over a longer period of time. This will give your investments (and your kids) more time to grow.

Robert Charlton is a longtime owner of Admiral Shares in all four of the Vanguard index funds listed in this article: the 500 Index Fund, Extended Market Index Fund, Total International Stock Index Fund, and Total Bond Market Index Fund. Try any of our Foolish newsletter services free for 30 days. We Fools may not all hold the same opinions, but we all believe that considering a diverse range of insights makes us better investors. The Motley Fool has a disclosure policy.