One of the biggest financial stories of the past decade has been the explosion in student debt. In the past decade alone the total amount of money owed for higher education has more than doubled--from roughly $500 billion to $1.3 trillion, according to the Federal Reserve. The figures are not adjusted for inflation. 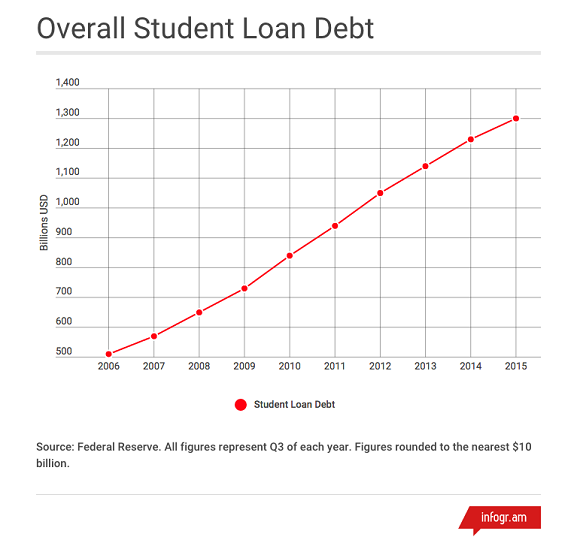 Though that growth has slowed somewhat, it is nonetheless large. In fact, it is so large that some -- including myself -- have outwardly wondered if college is worth the price of admission at all. In the end, can't you get the same experiences and knowledge that college offers through internships, mentoring arrangements, and an archaic piece of plastic called a library card?

Well, it turns out that there's at least some evidence pointing to the value of higher education. Using data collected by the Bureau of Labor Statistic's Q3 Wage Survey,  it's clear that, on average, those who earn higher degrees also earn higher salaries. 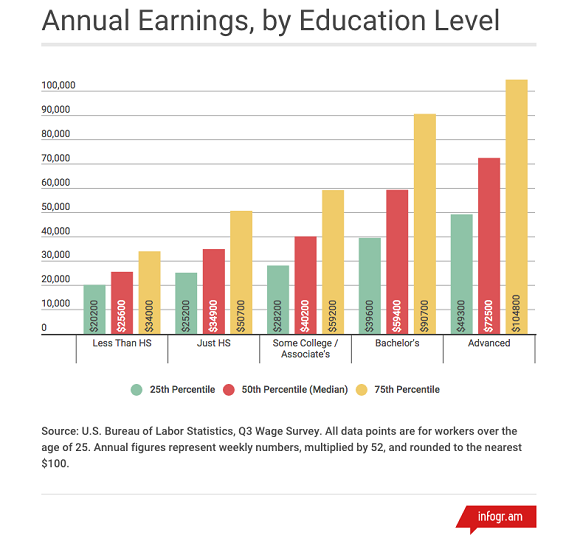 On the surface, the trend is clear: More standard education translates into higher earning power. And if the numbers look a little off, there are a few important factors to consider. First and foremost, this data represents the earning power of all workers over the age of 25. A 25-year-old just out of college is likely earning far less than the 65-year old executive who got her bachelor's degree many decades ago -- but they are both lumped into the same category.

Further, this isn't to say it's impossible for someone with an advanced degree to earn a low wage -- nor for someone with only a GED to wind up wealthy. Indeed, many people with advanced degrees take on lower-paying jobs that they consider to be meaningful (international aid workers, social workers, etc.), while some of the world's most successful businesspeople didn't need a college degree (Steve Jobs, Dave Thomas, etc.) to make their way in the world.

Does this tell the whole story?

As you might have guessed, based on the links above to some of my earlier articles, I don't necessarily think there's a perfect cause-and-effect relationship between education level and income -- nor, as is assumed by many, a direct link between education level, income, and subjective well-being (happiness).

While I will submit that there are some fields in which an advanced degree is absolutely necessary -- medicine being a prime example -- there are many others in which financial success goes to those who are the most innovative, driven, and persistent. In fact, this is even more prevalent in the age of the Internet.

An unknown, lurking variable could easily explain away some of the correlation between education and earnings. Perhaps those people who have the requisite characteristics for financial success -- like drive, persistence, extrinsic motivation, and ambition -- are also more likely to seek ever-higher educational attainment.

Or maybe it's simply that those whose parents went to college also go to college. And they earn more money because of the connections they form through both their family and their college experiences.

It's also worth noting that college need not be the backbreaking financial investment that it is made out to be. My fellow Fool Morgan Housel has posited a simple solution for non-rich people to graduate college without debt:

That might seem overly simplistic, but more and more college students are taking advantage of this route.

And all of this ignores the fact that earning more money beyond a certain level (around $75,000 in household income)  means very little for your overall life satisfaction, once your basic needs are met. What is important? Again, from Morgan :

It really is that simple. This isn't to say that formal education and income aren't important. It's to say that they aren't all-important. Instead of earning lots of money or degrees being an end goal, perhaps it's more instructive to figure out how education can help you accomplish the four traits listed above.