The financial status of the retirement program is complicated, but here are the basics.

Social Security supports tens of millions of Americans and their finances in retirement, and so it's easy to understand why there would be near-panic at the prospect that the program could ever run out of money. Many people point to the reports from the trustees of the Social Security Trust Fund and take special note of the year in which it is expected to reach a zero balance. Yet many people misunderstand the consequences of that event. Below, we'll take a closer look at Social Security's finances and whether it will ever truly run out of money. 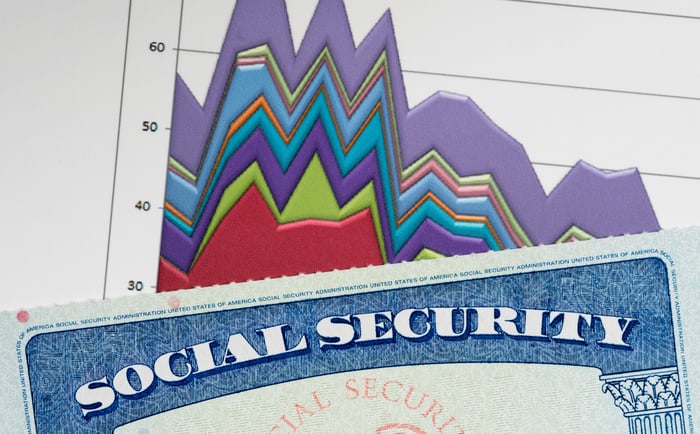 The current status of Social Security

Right now, Social Security is perfectly solvent. In fact, in its 2016 report, the Social Security Trustees noted that the trust fund actually rose in value by $23 billion over the previous year. The program got most of its $920 billion in income from Social Security payroll taxes, but income taxes on benefits also pulled in a small portion.

In addition, interest on the trust fund balance helped keep Social Security from running a deficit. The fund generated $93 billion in interest, and so when you exclude that income source, the operational shortfall was about $70 billion.

The Social Security trust fund still has a healthy balance of $2.81 trillion as of the most recent report, representing about three years' worth of benefit payments even if the program brought in absolutely no income at all. Moreover, the trustees believe that the trust fund balance will keep rising until 2019.

Why people are worried

The problem with Social Security is that the trends that have allowed it to keep its trust fund balance rising are going to shift against it. Demographic shifts mean more retirees and fewer workers to pay into the system to support their benefits. Eventually, the payroll tax revenue and interest on the trust fund balance won't be enough to cover what Social Security pays out, and the program will have to dip into the principal of the trust fund.

As a result, the trustees expect the trust fund to be depleted in 2034. This estimate assumes that shortfalls from the disability insurance fund, which has a smaller balance than the old age and survivors insurance fund, are made up for by transferring money within the overall trust fund.

The mistaken impression that many people have about Social Security is that once the trust fund no longer has any money, Social Security benefits will come to a complete stop. That isn't accurate, and although the disruption would be substantial, it wouldn't leave retirees and their families entirely in the cold.

Even once the trust fund has no money left, Social Security will still get income from payroll taxes and from income taxes on benefit recipients. According to the latest trustees report, that income in 2034 will be sufficient to pay 79% of the program's overall costs. Social Security recipients will share in whatever money is available on an equal basis. Therefore, if someone was getting benefits of $1,000 per month prior to 2034, then the worst-case scenario would be a reduction to around $790 per month once the trust fund is depleted.

Moreover, the government can take further steps to shore up Social Security and provide full benefits even after the expected 2034 date. The simplest thing would be for lawmakers to appropriate money to make up the shortfall directly from the general federal budget, restoring full benefits. Alternatively, the government could look at measures to increase income or reduce expenses from the trust fund, preserving its assets for a longer period. If those measures are substantial enough, then they could avoid any benefit cuts at all for the foreseeable future.

Whether you're retired now or are still working, you have a clear financial interest in making sure that Social Security is there for you when you need it. Despite many misunderstandings about the Social Security trust fund running out of money, the impact on your benefits both in the near-term and over the long haul won't be as catastrophic as many fear.