Go ahead and love -- or hate -- Donald Trump, but don't view him as an investing genius whose returns you can't match. There's a good chance your portfolio can do as well or better than his has done.

There's a lot of confusion and disagreement over how much Donald Trump is actually worth, asset-wise. Yet regardless of exactly how much money he has, he's probably wealthier than you. Those who have taken a close look at his investments, though, have offered a surprise: Most of us can have portfolios performing at least as well as his has.

Just how much Trump is worth is a mystery. Image source: Pixabay.

Show me the net worth!
First, though, how much does Trump actually have? Well, he has gone on record saying he's worth $10 billion, but a September Forbes article  estimated his net worth at around $4.5 billion and Bloomberg suggested  last year that it was closer to $2.9 billion. Others have made even lower projections.

Returning to the return
No matter how much money Donald Trump has, it's instructive to look at how effective has he been in building his wealth. (After all, as the old joke goes, the easiest way to become a millionaire is to start with a billion dollars.) So how well has Donald Trump grown his money? According to a Washington Post article  fact-checking one of the GOP debates, he inherited about $40 million from his father in 1974, when he was in his late 20s. According to a Business Week estimate, he was worth $100 million by 1978. 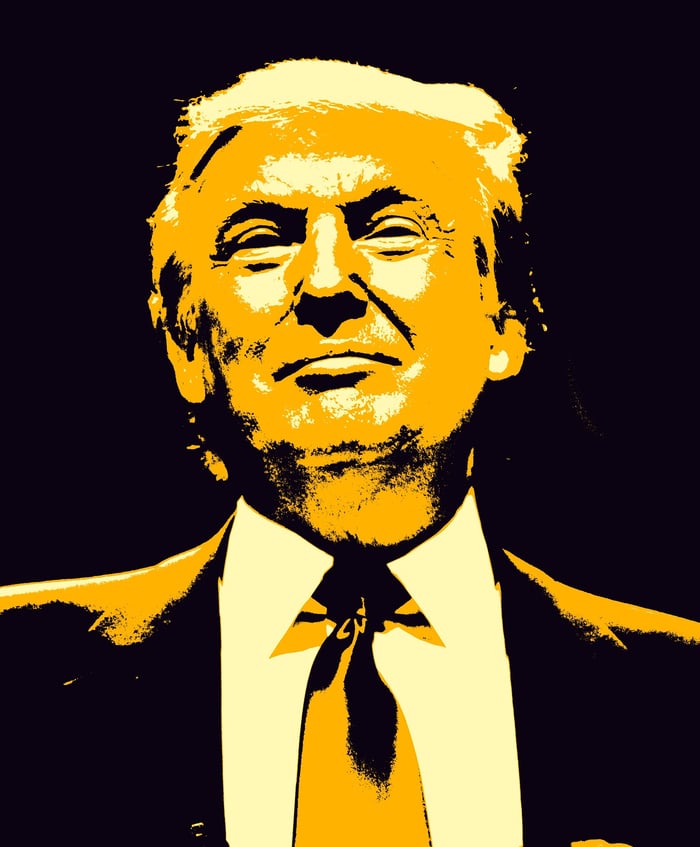 Here's the kicker, though: As Max Ehrenfreund noted  in The Washington Post, at that time, "Had Trump gotten out of real estate entirely, put his money in an index fund based on the S&P 500 and reinvested the dividends, he'd be worth twice as much -- $6 billion -- today." That figure is well above Trump's estimated net worth. Other similar analyses have come out with somewhat different findings, but the bottom line is that Trump's returns don't seem to have been a lot better than the S&P 500's performance.

That doesn't compare well with some other big names in the financial world. Warren Buffett, for example, has increased the market value of stock in his Berkshire Hathaway (NYSE: BRK-A) (NYSE: BRK-B) company by an annual average of 20.8 % over 51 years. It would be somewhere between very hard and impossible to outperform Warren Buffett, but Trump's track record is one that ordinary investors can aspire to beat.

A first step to aiming for higher returns than Donald Trump is to favor stocks over real estate. Trump has focused  largely on real estate, and his experience has been mixed at best. For most Americans, real-estate investing involves your own home, and you can't count on big returns there. Consider the data of Nobel-prize-winning economist Robert Shiller, famous for his studies of the housing market. Shiller's data show housing prices growing at a compound annual rate of just 0.3% (adjusted for inflation) over the past century, while the S&P 500 has averaged roughly 6.5%.

A great way to position your portfolio for solid long-term growth is to use exchange-traded funds (ETFs). They're kind of like mutual funds that trade like stocks, and many of them track major stock indexes. They do vary in their fees, though, so seek ones with low fees. The SPDR S&P 500 ETF (NYSEMKT: SPY) is a solid candidate, tracking the S&P 500 and charging just 0.09% annually. (It recently yielded 2.1%, too, offering investors income.) You can go even wider with the Vanguard Total World Stock ETF (NYSEMKT: VT), which tracks the whole world's stock markets. It charges just 0.14%  annually and recently yielded a bit more, 2.3%.

You may not make it to billionaire status, but by just investing in broad-market index funds for a long period and being patient, you can amass significant wealth. For example, if you're 20 years from retirement and can plow $12,000 annually into funds that average 8% growth annually, you'll end up with about $593,000 . If you have 25 years to invest like that, you'll reach $947,000 -- almost a million dollars!

Best of all, investments in index funds don't require a lot of stock market sophistication or much time and effort, either. You won't have to keep studying lots of companies, deciding when to jump in or out of various ones. Instead, simply keep adding to your index funds and let them passively grow as they have long done. There will be occasional market hiccups and downturns, but over long periods, the market has always recovered.

Think what you want about Donald Trump politically, but don't view him as an investing genius whose returns you can't match. There's a good chance your portfolio can do as well or better than his has done.