Please ensure Javascript is enabled for purposes of website accessibility
Log In Help Join The Motley Fool
Free Article Join Over 1 Million Premium Members And Get More In-Depth Stock Guidance and Research
By Matthew Frankel, CFP® - Apr 29, 2016 at 7:20AM

Two Social Security "loopholes" for couples are about to close, so what strategies are left? 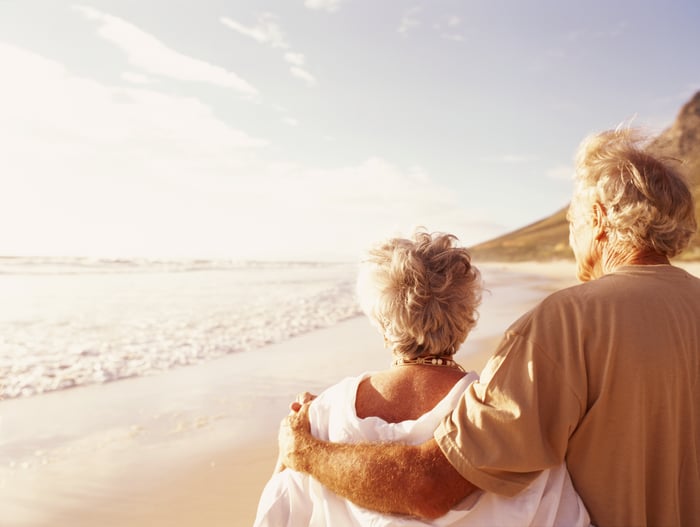 Congress recently took action to eliminate certain loopholes -- particularly the popular file-and-suspend strategy which greatly benefited married couples. With this strategy going away at the end of April 2016, it begs the question: Are there any good Social Security strategies left?

What exactly is eliminated as of May 1?
As part of the Bipartisan Budget Act of 2015, congress made some changes to Social Security. Most significantly, two loopholes that created popular strategies for married couples have been closed.

The first one has to do with the timing of multiple benefits, also known as "deemed filing." This loophole allowed married couples to claim just a spousal benefit at their full retirement age, while allowing their own benefit to grow and accumulate delayed retirement credits until age 70. As of May 1, retirees can no longer apply for one or the other -- if you file for one type of benefit, you are also applying for the other, and will be paid the higher of the two.

The other loophole has to do with voluntary suspension of benefits, also known as "file and suspend." This allowed a worker at full retirement age to apply for benefits and then immediately suspend the payments. His or her spouse could still collect a spousal benefit, while the primary worker's benefit would continue to grow while suspended.

Now, you can still suspend your benefits in order to let them grow, but most other benefits payable on your work record (such as spousal benefits) must be suspended as well.

It's not quite as lucrative as these, but here's one possible strategy:
One strategy that could work well for married couples is to have the lower earner apply for benefits on time, while the higher-earning spouse waits and lets their own retirement benefit grow.

Of course, if both spouses wait until 70, their combined benefit would rise to $3,960. However, the strategy where one spouse delays benefits is a good way to maximize your benefits past age 70 while still receiving some retirement income starting at full retirement age.

Are more changes coming?
As a final thought, it's important to keep in mind that these changes are likely to be just the start. Social Security taxes aren't quite enough to take care of the benefits being paid out, and the system is projected to have a serious solvency problem soon. In fact, the Social Security trust funds are forecast to be completely depleted by 2034.

The point is that something will need to be done to fix Social Security for future retirees, and the sooner reforms happen, the easier it will be. So, we could see tax increases, a later retirement age, benefit cuts for high earners, or something else that changes Social Security's rules and the potential strategies that go with them.