Please ensure Javascript is enabled for purposes of website accessibility
Log In Help Join The Motley Fool
Free Article Join Over 1 Million Premium Members And Get More In-Depth Stock Guidance and Research
By Brian Stoffel - May 1, 2016 at 11:39AM

There will be very few changes. But is that a good thing?

Not much is changing this year for Medicare taxes .

The Affordable Care Act is a can of worms. Bring it up in an online discussion, and a fight is almost guaranteed to break out in the comments section. But here's some news that just about everyone should be ok with: there will be no real adjustments in the Medicare tax you have to pay in 2016.

What, exactly, are we talking about here?
In truth, the key revenue sources for Medicare are (1) general revenue, (2) payroll taxes, and (3) premiums paid by those who use the service. 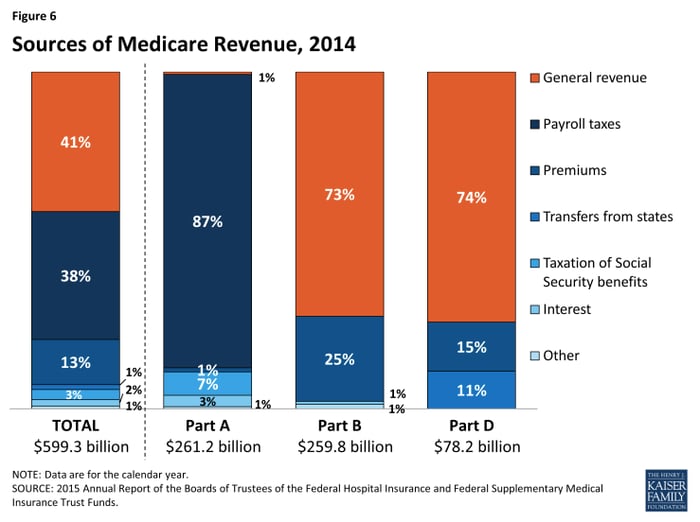 But what I'm focusing on today is a provision that was added with the onset of the Affordable Care Act. In order to help fund the measure, Congress passed a tax hike on high earners. Those who earned over the baseline -- depending on filing status -- had to pay an extra 0.9% tax on the extra income they had. Officially, this is known as the "Additional Medicare Tax."

The baseline will not change between 2015 and 2016. That's largely because inflation was so low at the end of 2015 that Social Security benefits will remain unchanged this year, as will the total amount of income subject to the Social Security tax.

The actual tax brackets nudged up a small amount, meaning that folks will actually pay less taxes in 2016, assuming they earn the same amount.

But the Additional Medicare Tax will remain unchanged. While this seems like a non-issue, some high-earning tax-payers could actually view it as a negative: if a bump in the baselines had occurred, then less of their income would have been subject to the tax. With no change in the threshold baselines, that won't be the case.

The bigger issue you should be focused on
We can use our power as citizens to vote for our representatives, but for the vast majority of us, that's where our direct control over such things as the Medicare Tax ends.

It makes far more sense to focus on what we do have control over, like living within our means, saving a sizable portion of our savings, and investing in a diversified portfolio with low costs. By doing this, we'll not only be able to meet our day-to-day needs, but also be able to cover the medical expenses that arise in old age with just about everyone.

If you're looking for more ways to maximize your income in retirement, check out the special free report below.