If the personal experience of many American workers is similar to mine, there simply isn't enough thought going into choosing the right funds for our 401(k)s. Back when I was a middle school teacher, I would meet with our retirement professional once per year, for about 10 minutes. In that time, he would give me a cookie-cutter explanation of where I should invest, never once brought up fees, and asked me to sign a piece of paper.

That's not a recipe for quality investment decisions. 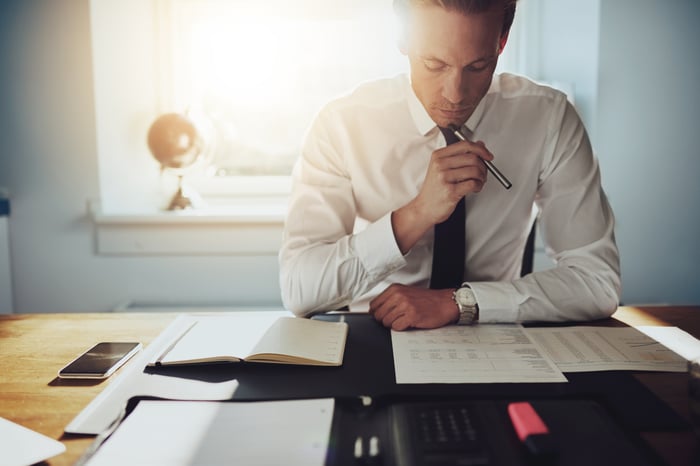 I start with that as a primer because -- taken to the extreme -- that's just what this article could turn into. This is not a one-size-fits-all solution, but rather a quick rundown of where the biggest levers are to produce solid returns for your own 401(k).

Below are what I believe to be essential funds that will help cover your bases. They are listed from least to most risky. While every situation is different, you should generally work toward less risky investments as you near retirement.

The first fund is the Vanguard Long-Term Government Bond ETF (NASDAQ:VGLT), which has an expense ratio of 0.07% per year. Almost all of its money -- 99.2% of its funds -- is invested in U.S. government bonds, ranging in maturity from 10 to 25 years.

Over the past five years, the funds have returned 3.3% per year. That's much lower than the overall market, which has averaged 14% per year. But then again, that's the point: The variation in returns narrows, reducing your downside risk. As your nest egg grows, you want less variability.

Don't overlook the importance of dividends

Next on the list is a fund that seeks to invest in the best dividend stocks the U.S. market has to offer. The Vanguard Dividend Appreciation ETF (NYSEMKT:VIG) gives you exposure to 184 stocks that have recorded at least 10 consecutive years of dividend increases. The expense ratio also clocks in at a very low 0.09% per year.

The fund has returned 11.9% per year over the last five years. While some might consider this to be a somewhat risky ETF to be invested in, the value of the dividends coming in can't be overlooked. Currently, the fund yields 2.1%, which can create a stable form of income in retirement.

One of the most popular funds around

Oftentimes, the S&P 500 -- which is a collection of 500 of the largest publicly traded companies in America -- is cited as proxy for the entire market. That's why the Vanguard S&P 500 ETF (NYSEMKT:VOO) is one of the largest ETFs in the world, with over $306 billion in assets.

The goal is pretty simple: Match the returns of the S&P 500 while keeping fees low. With an expense ratio of just 0.05%, a dividend yield of 2%, and an average return over the last five years of 14%, it accomplishes that task.

As with the dividend appreciation fund, many of the biggest holdings are familiar names, including Apple, Microsoft, Alphabet, ExxonMobil, and Amazon.

Now we move onto a section that's much more volatile and risky: emerging markets. The Vanguard FTSE Emerging Markets ETF (NYSEMKT:VWO) is a collection of 4,248 stocks from companies operating primarily in China, Brazil, Taiwan, and South Africa -- though the ETF is certainly not limited to those locations.

Reflecting the volatility that's present in such investments, the fund has essentially flat returns over the past five years, and has a slightly higher expense ratio of 0.14% -- though that's lower than 90% of funds offering similar exposure. But over the past year, it has returned an astounding 30%. That's what you get when you invest in emerging markets, which is why this is only for investors with a long-enough time frame.

Finally, we have a fund devoted to investing in small American companies. Admittedly, with a median market capitalization of $3.7 billion, the Vanguard Small Cap ETF (NYSEMKT:VB) is more of a small-and-medium-cap fund, but don't let that sway you. It gives you exposure to 1,429 stocks that have performed well over the past five years -- returning an average of 14.7% per year.

The expense ratio clocks in at 0.08%, which is similarly low compared to industry peers. As with the emerging markets fund, investors should only place money here if they plan to leave it there for the long haul. Small-cap stocks tend to react more dramatically to macro-economic swings. While that's a boon during a recovery, it means that prices can plunge just as quickly.

Why so much love for Vanguard?

By far the most important thing that you have complete control over are the fees you pay. All too often, investors here something like, "The expense ratio is just 1% per year," and think that's a good deal. Far from it. Such high-fee funds usually underperform much lower-cost options, leading to significant shortfalls in your own portfolio.

That's why all of these funds come from Vanguard. The company -- the second-largest money manager  in the world -- is owned by its customers; fees are therefore kept at a bare minimum. According to one source, the average fees on Vanguard are 79% lower than the industry average.

Use these as your starting points right now and your future self will thank you for putting funds like these in your 401(k).