The days of the pension are fading quickly -- were those days ever really here? -- and if something isn't done about the shortfall in Social Security, benefits could be cut in the decades ahead as well.

That means that now more than ever, you -- and you alone -- are responsible for securing financial stability in your retirement. Outside of a company-sponsored 401(k) or 403(b) plan, there are no vehicles more important to securing that future than Individual Retirement Accounts (IRAs) -- both traditional and Roth. 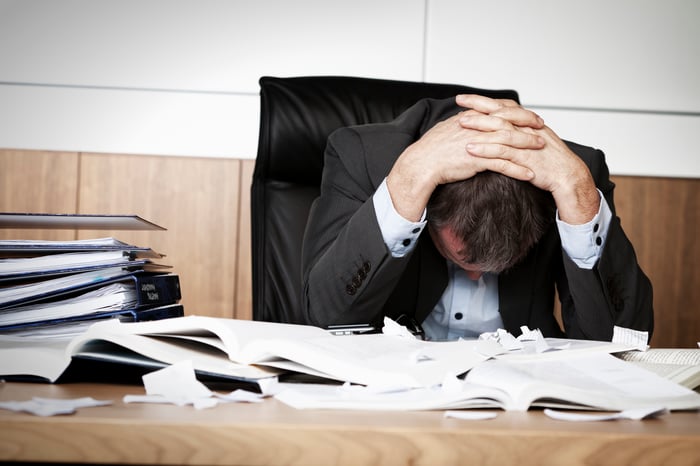 But because these accounts are in your command alone, it's also very easy to make devastating mistakes that you'll regret for decades to come. Following are three of the biggest mistakes, and how to avoid making them.

1. Not contributing to your IRA

This might seem obvious, but it needs to be said: The dumbest mistake you can make when it comes to IRAs is not contributing to them. Of course, if you're living paycheck to paycheck, it's going to be hard to sock money away. But for everyone else, there's little excuse.

Currently, only one-third of Americans even have an IRA. Those who aren't using them are missing out on substantial tax benefits.

2. Pulling money out of your Roth first

This is a controversial one, because there are a lot of different factors that play into how and when you should pull money out of different accounts. Some people have pensions, others have 401(k)s, and still others continue to work while pulling money from their nest egg. Everyone's situation is different.

There are two reasons I generally like this approach. First, you are required to start taking distributions from your traditional IRA at 70 years and six months of age. By taking money from your traditional retirement accounts when you first retire, this requirement won't be as big a concern once you're old enough for it to apply.

More importantly, by pulling money out of your traditional IRA first, you allow your Roth to grow -- tax free -- over a longer time frame. That's important, because this growth is not taxed, nor are distributions, which is not the case with a traditional IRA. You generally get more bang for your buck by pulling out of a Roth later.

That said, there are situations in which pulling money from a Roth IRA first does make sense. For instance, there are income thresholds for some tax breaks that retirees commonly use, and taking money from a Roth first can help you avoid going over those thresholds and losing those tax benefits. The key is to look at your particular tax situation to see what works for you.

Finally, while it's well intentioned, I don't think it's wise for parents to pull money out of their retirement accounts early to help pay for college when your student is in school. The reasons are numerous. 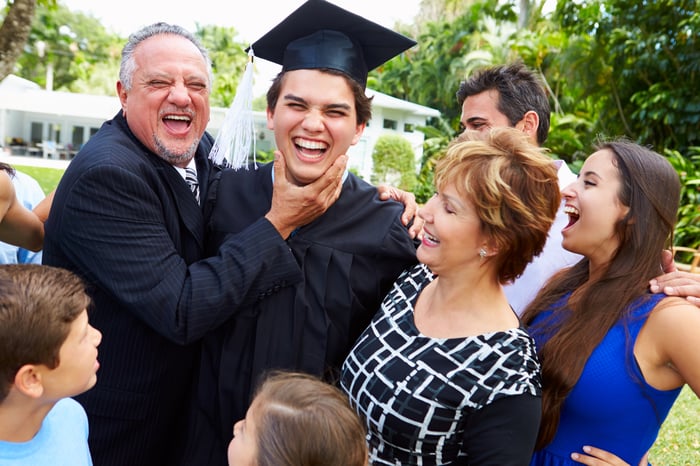 First, by doing so, you might face -- if you are younger than 59 years and six months -- a 10% penalty on your early withdrawal. Withdrawals for tuition, required fees, books, and supplies are exempt from this penalty, but other expenses, such as room and board, are not.

Furthermore, those losses will be compounded by the fact that this money will no longer be able to grow in your account until you reach retirement. In the end, you could be setting your child up to provide more financial assistance that you or they are comfortable with in your later years.

If helping your child out is of the utmost importance, and you don't have enough put away in an education savings account, there are other options. I favor allowing your child to take out student loans in his or her name. Then -- if you must -- pull money out of your accounts once those debts become due after graduation. At least then, you'll be four to five years older -- more likely to avoid the early-withdrawal penalty -- and your accounts will have had another half-decade to compound.

Remember, there's no one who cares as much about what your retirement will look like than you. Start using IRAs to your advantage now, and make sure you think twice before making any of these common mistakes.