There are trade-offs to claiming early, but taking benefits at 62 could still be worth it.

You can claim Social Security as early as age 62, but should you? Experts often recommend delaying Social Security into your late 60s. This is because the benefit amount rises when you claim later. The advice makes sense -- higher retirement income is usually what you want.

It's not free to delay your Social Security. You don't pay a fee per se, but you do forgo upfront income. The trade-off -- no income upfront for higher income later -- only makes sense if you outlive the break-even point. 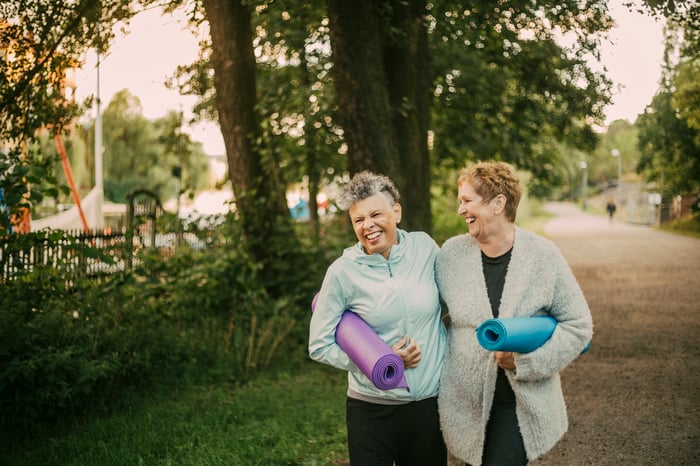 Here's a scenario to explain that break-even timeline. Let's say you qualify for a $1,500 monthly benefit at your Full Retirement Age (FRA). If your FRA is 67, claiming at age 62 can reduce your benefit by up to 30%. That would take the $1,500 benefit down to $1,050. Said another way, you must forgo five years of income up front to increase your monthly income by $450.

At some point, the extra $450 monthly will pay you back for the five-year delay. The table below describes how to calculate the duration of that repayment period.

As you can see, you'd have to collect your higher Social Security benefit for almost 12 years before breaking even on the income you skipped up front. Your health and expected lifespan dictate whether this makes sense or is even possible.

If your health is in decline, using and enjoying the income earlier may maximize your cumulative Social Security benefit -- even if the monthly amount is lower.

2. You have ample savings

If you have plentiful retirement savings, you may not need to eke every penny from your Social Security benefit. In this context, "plentiful" means more than 30 times your annual living expenses. Pass that test, and you can probably base your Social Security timing strategy on what you want versus what you need.

You may want to use the income now -- say, to fund an early retirement or to fatten your investment account. If you can afford to take the lower benefit early, why not go for it?

Note that claiming at age 62 is most beneficial if you're already retired. Social Security has maximum income limits that apply between 62 and FRA. If you exceed those limits, your benefit will be reduced.

3. You have passive income coming in

Before you move on your early claim, think through what would happen if one of your income sources were to decrease or disappear. After all, pensions can go bankrupt, and dividend stocks can change their attitude about shareholder payments. Make sure you have a nice cash savings balance plus a backup plan, just in case.

Claiming Social Security at age 62 provides income for you to enjoy in your early 60s. The trade-off is that you sacrifice a higher benefit later in life. That deal may work for you under two conditions. First, the lower benefit from claiming early should be enough to support your lifestyle. And second, you want to prioritize quality of life earlier in retirement rather than later.

If you agree with those two points, an early claim on Social Security may be your best move.