The IRS might not be as kind to every resident in these states, but at least you don't have to fear a second hit from the state tax authorities.

Many people are surprised to learn that they can end up having to pay federal income tax on their Social Security benefits. To add insult to injury, some states also require residents above a certain income threshold to pay state income tax on what they receive from Social Security. Yet the majority of states are kind enough not to tax Social Security, so it's worth considering the issue in choosing where you want to live after you quit your job and start drawing your benefits.

All but one of the 16 states of the South (as defined by the Census Bureau) are tax-friendly when it comes to Social Security. Florida, Tennessee, and Texas don't charge state income taxes generally, which makes Social Security taxation largely a moot point. But most of the other states in the region -- Alabama, Arkansas, Delaware, Georgia, Kentucky, Louisiana, Maryland, Mississippi, North Carolina, Oklahoma, South Carolina, and Virginia -- also have a blanket exemption on taxing Social Security. West Virginia is the only exception; it uses the federal rules to determine what gets included in state income taxes. 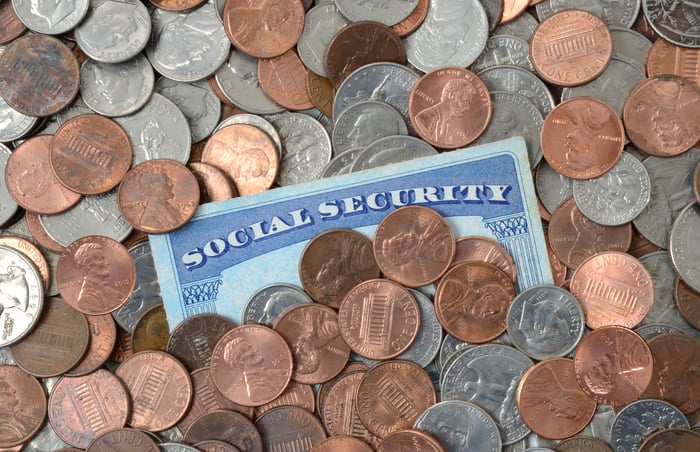 The Northeast: unfriendly to some retirees

By contrast, if you're looking to retire to the Northeast, be aware that fully a third of its nine states impose income taxes on some residents. Among the states in that region, New Hampshire doesn't have an income tax, and Maine, Massachusetts, New Jersey, New York, and Pennsylvania don't impose their state taxes on Social Security benefits.

However, Connecticut, Rhode Island, and Vermont do have provisions under which some retirees pay income tax on their Social Security. Of them, Vermont matches the federal law on taxation, using the same rules as the IRS to determine what gets taxed.

Social Security in the Midwest

Out in the Midwest, only seven of 12 states are free of Social Security taxes. South Dakota doesn't have an income tax. Meanwhile, Illinois, Indiana, Iowa, Michigan, Ohio, and Wisconsin have full state income tax protection for those receiving Social Security benefits.

How the West taxes Social Security

Take advantage of breaks where you can get them

In 37 states, you don't have to worry about state income tax on Social Security. Yet even in some of the others, there are things you can often do. For instance, New Mexico has an exemption for some retirement income that lets you shelter Social Security if you choose to use it in that way. However, many residents use the exemption to protect IRA distributions or pension income instead.

Also, just because your benefits are taxable for federal purposes doesn't mean that they will be even in states that tax Social Security. Many states have much higher thresholds for taxation than the IRS.

Retirees like to hold onto as much of their Social Security as they can, and dealing with taxes is never ideal. Knowing which states tax  Social Security at the local level means you can take that into consideration in planning where you want to spend your retirement.