Please ensure Javascript is enabled for purposes of website accessibility
Free Article Join Over 1 Million Premium Members And Get More In-Depth Stock Guidance and Research
By Alert Investor - Apr 13, 2017 at 9:23AM

This tax break could be worth thousands, especially for low-income families with children.

What tax break has been around for more than four decades and could be worth more than $6,000 for qualified, modest-income workers?

If you said the Earned Income Tax Credit (EITC), pat yourself on the back. As many as one in five individuals eligible for this credit don't know about it and fail to claim it, leaving billions of dollars on the table every year, according to the IRS.

"The EITC can supplement your earned income and can help you pay the bills," such as rent and household expenses, said Eliot Ullman, a CPA with Miller Ward & Co.

The maximum credit for tax year 2016 is $6,269, though the actual amount an EITC-eligible taxpayer may receive depends on a number of factors, including your income, marital status, and number of qualifying children.

Last year, some 26 million people received the EITC, with an average credit received of about $2,400.

Want to learn more about the EITC? Read on. 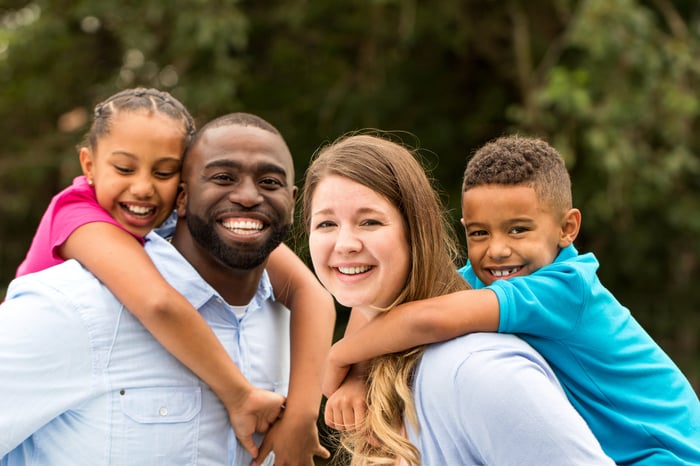 How do I know if I qualify?

Just as its name implies, this credit is only for people who have earned income, meaning they work and get paid. Earned income includes earnings from working for someone else or earnings from being self-employed. The maximum amount you can earn, and be eligible, is $53,505.

In order to claim the credit, you must file a federal tax return, and you must file as an individual or as married filing jointly. There are other eligibility rules, and they can get complicated. To see if you are eligible, check out the IRS' EITC Assistant tool.

Even if you didn't qualify last year, it's worth checking again this year. About one-third of the EITC eligible population changes every year, according to the IRS.

Do I have to have kids to qualify?

You can be married or single, with or without children to qualify. However, the number of children you have could influence your eligibility and how much you might be eligible to receive.

Generally speaking, the more children you have, the higher the potential credit.

I heard the EITC is a refundable credit. What does that mean?

Unlike a tax deduction, which lowers your taxable income, a tax credit reduces the taxes you owe dollar for dollar. When a credit is refundable, it means you might get this money even if you don't owe any taxes.

If I have investment income, can I still claim the EITC?

Where can I get free tax filing help?

The IRS' Volunteer Income Tax Assistance, or VITA, program offers free help to qualifying taxpayers at thousands of sites across the country.

Are there other credits that are comparable to the EITC?

If you qualify for the federal EITC, you might also qualify for a comparable credit from your state or local government. Click here to see what states and local municipalities offer a similar credit.

I heard there were EITC refund delays this year. What's that about?

Starting this year, a new law aimed at cutting down on tax return fraud requires the IRS to hold refunds for those claiming the EITC and another credit, the Additional Child Tax Credit (ACTC), until Feb. 15.

This new law requires the IRS to hold your entire refund -- even the part not associated with the EITC or the ACTC. You can use the IRS' Where's My Refund? tool to check the status of your refund.