Please ensure Javascript is enabled for purposes of website accessibility
Log In Help Join The Motley Fool
Free Article Join Over 1 Million Premium Members And Get More In-Depth Stock Guidance and Research
By Matthew Frankel, CFP® - Apr 27, 2017 at 10:42AM

Here's how California's income tax system works, so you can figure out how much you may need to pay.

California's marginal income tax rates range from 1% to 13.3%, separated into nine tax brackets plus an additional tax on income over $1 million. Unlike the federal tax brackets, California's do not impose a "marriage penalty": Its income thresholds for married couples filing jointly are exactly double those for singles.

The 2017 California marginal tax brackets have not been posted on the state's website as of this writing. California's tax brackets are indexed for inflation each year, and this is based on the observed rate of inflation from July 1 through June 30. 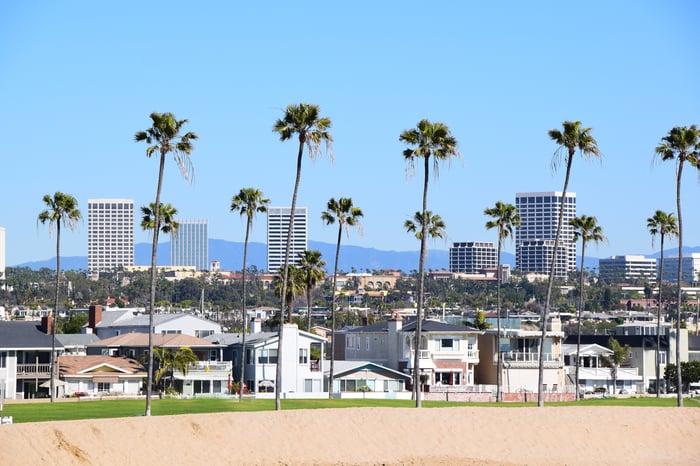 For example, the rate of inflation in California from July 1, 2015, through June 30, 2016, was 2.1%. Therefore the 2016 tax brackets were adjusted upward by this amount, and we won't know how much the 2017 brackets will change until inflation data for the period ending June 30, 2017 becomes available.

Having said that, California has nine marginal tax brackets ranging from 1% to 12.3%, and the only difference between the 2016 and 2017 income ranges should be a slight upward adjustment to account for inflation. So here are the 2016 brackets to use as a guide:

In addition, there is an extra 1% mental-health services tax on taxable income in excess of $1 million, which effectively makes California's top marginal tax rate 13.3%.

In addition to the tax rates listed above, there are some other California tax rates to be aware of:

Note that this isn't meant to be an exhaustive list -- just an overview of the most commonly used exemptions, deductions, and tax credits available in California.