One subtle change in the GOP tax bill could cause your taxes to rise.

However, there are a couple of important points to be aware of. First, as many news stories have discussed, most of the individual tax cuts are temporary, expiring after 2025.

Also, one of the few individual tax changes that the bill makes permanent could prove to be one of the most costly. And it's also one of the least understood changes in the bill. Instead of defining inflation with the consumer price index, or CPI, as has long been the case, the bill switches to a metric called the Chained CPI, which could result in Americans' taxes ultimately going up. 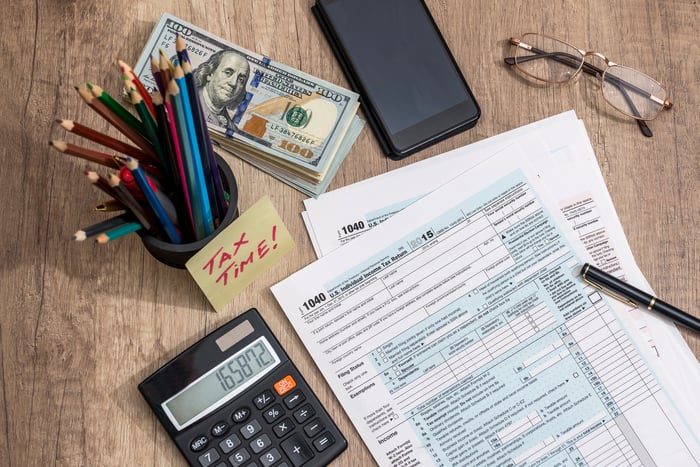 What is the Chained CPI?

The consumer price index, or CPI, is the most commonly used measurement of inflation in the United States. The metric considers the costs of a basket of goods and services that apply to American households in order to determine how much inflation Americans are experiencing.

The effect of this substitution bias is that the Chained CPI tends to rise more slowly than the traditional CPI, which over time can have a dramatic effect on the official inflation figures.

To be fair, many economists and politicians on both sides of the political spectrum believe that the Chained CPI is a more accurate measurement of real-world inflation, so this is not just a GOP-favored policy. In fact, the George W. Bush and Obama administrations were both in favor of switching to the Chained CPI for tax reform purposes.

Why it could raise your taxes

The point taxpayers need to know is that since the Chained CPI rises slower than the traditionally used inflation metric, and the IRS will now use the Chained CPI, this means that things like the marginal tax bracket income thresholds and income limits for certain deductions will rise slower.

Here's a simplified example of how this works. Let's say that a certain tax deduction is available to single taxpayers with adjusted gross incomes (AGI) below $100,000, and that your 2018 AGI is $98,000, so you're eligible.

However, let's say that inflation is at 3% per year, but the deduction cap only rises by 2% per year, which is the general effect of the Chained CPI. Here's what this would do to your ability to take the deduction over the next few years.

Of course, this is a hypothetical and simplified calculation, but it illustrates the problem with switching to the Chained CPI. Important income thresholds, which either qualify people for certain deductions or credits or place more of their income in lower tax brackets, will rise slower than the actual rate of inflation.

Over time, the effect will be that a greater portion of middle-class Americans' income will be subject to higher marginal tax rates, and fewer people will qualify for valuable deductions and credits. Just to name a few real-world tax breaks that are subject to income limitations, this could affect people's ability to claim the traditional IRA deduction, the American Opportunity Credit for college tuition, the student loan interest deduction, and more.

The takeaway is that the GOP's tax reform bill is likely to result in a tax cut for most people reading this -- at first. Over time, not only are the individual tax changes set to expire, but the switch to the Chained CPI could eventually catapult you into a higher tax bracket and limit your ability to take some of the most valuable tax deductions and credits.