Corporate America celebrated the tax reform efforts that resulted in massive corporate tax cuts late last year, and investors were pleased with the prospects for lower tax burdens ahead. The stock market has jumped to new records as a result.

Many investors have looked forward to seeing the positive impacts of tax reform when companies report their earnings results in the coming weeks. Yet what went largely ignored until now is the fact that many companies will have to report huge losses due to one-time charges related to tax reform. The reason: a little-noticed impact of corporate tax changes that will affect the way that even the largest companies account for various tax-related items. 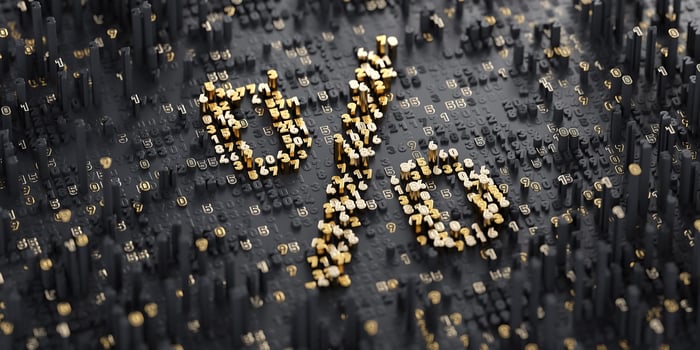 What you need to know about deferred tax assets

It's easy to understand the positive impact of the reduction in corporate tax rates. When you go from paying 35% in taxes on your income to just 21%, the savings of 14 percentage points is trivial to calculate. For individuals, the payoff from lower rates will come immediately, and most market participants assumed that corporations would uniformly see the same benefit.

Corporate taxation is a lot more complicated than individual taxation, however, and the intricacies involved in companies managing their tax exposure introduce some nuances in accounting. Specifically, unlike with individual taxpayers, the timing of when corporations claim income or deductions for tax purposes doesn't always match up with actual flows of cash in and out of the business.

In some cases, companies are able to put off recognizing income and paying tax on it until a later date. Such companies have deferred tax liabilities that they'll need to deal with once the tax laws force them to pay the associated tax.

Other companies aren't able to take immediate advantage of all the beneficial tax breaks that they'd otherwise be entitled to use. For instance, timing rules can force companies to carry forward certain losses until future years in which the business generates enough profit to offset those losses. Those unused potential tax benefits are classified as deferred tax assets because they have locked-up value that the company hopes eventually to turn into an actual financial benefit.

What tax reform did to deferred tax assets

The reduction in the corporate tax rate was positive for companies in terms of their future income because they'll pay less in taxes as a result. However, those companies that had extensive deferred tax assets when the new corporate tax rate took effect will see a massive one-time reduction in the potential future value of those tax benefits, and they'll have to take charges against earnings to reflect that drop in value.

An example can help illustrate this better. Say a company has accumulated carryforward losses of $1 billion. Under old law, the company could use that $1 billion to offset $1 billion in future gains at the old tax rate of 35%. That made the asset worth something close to $350 million, before discounting the figure for the fact that the company will have to wait before actually seeing that tax savings. Under the new law, the company will save only 21% in tax, and so $1 billion in losses is worth something closer to $210 million. The $140 million difference will require a one-time charge to reflect the decline in value of the deferred tax assets.

Which companies will get hit from deferred tax asset charges?

Even though earnings season has just begun, we've already seen some large charges related to tax reform. However, it's important to understand the subtleties in the reasons behind those charges. JPMorgan Chase (NYSE:JPM) said in its fourth-quarter financial report that it would face a $2.4 billion tax hit, but that was largely because of the fact that under old law, multinationals were allowed to keep overseas profits sheltered from taxation until they repatriated those profits back to their U.S. operations. JPMorgan had taken advantage of this rule extensively, but the change to a more standard system of U.S. taxation of multinationals required the bank to recognize tax liability -- albeit at a more favorable rate than under previous law.

In terms of deferred tax assets, companies that suffered extensive losses in the past that they haven't been able to make back in profits will face the biggest potential hits. That includes harder-hit banks like Citigroup (NYSE:C), but you can also point to insurance giant AIG (NYSE:AIG) and automaker General Motors (NYSE:GM) among the top holders of deferred tax assets within Corporate America.

The give and take of tax reform

Over time, companies that have to take big charges against deferred tax assets should still be better off because of lower tax rates. To take advantage, however, they'll have to become successful enough to use up those deferred tax assets and start having more extensive profits on which they'll actually owe tax.