The IRS has cracked down on fraudulent tax returns over the past few years, but tax identity theft is still a major problem during the first few months of the year. While tax identity theft isn't always avoidable, there are some steps you can take to greatly reduce the chances of becoming a victim.

With that in mind, here's what you need to know about tax identity theft, what you can do to prevent it now and in the future, and what to do if you happen to become a victim. 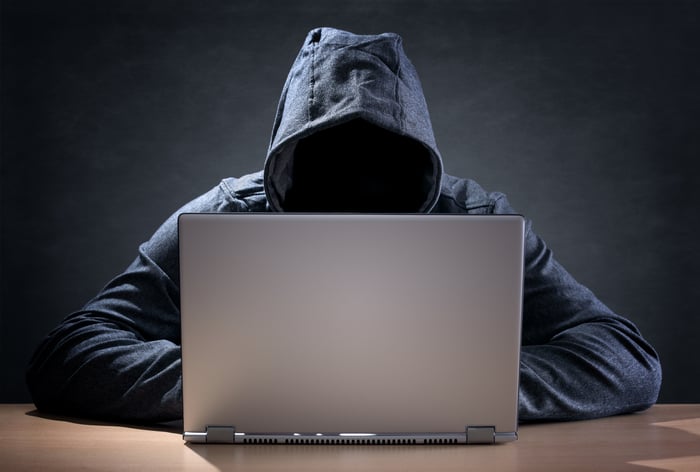 What is tax identity theft?

There are many possible tax scams that Americans need to watch out for, but few are as troubling as tax identity theft.

Tax identity theft occurs when a criminal files a fraudulent return using someone else's Social Security number, with the intention of claiming and receiving a refund. While many tax scams can be easily detected and avoided if you know what to look for, victims of tax identity theft often don't even realize that it's happened until they try to file their tax return. By this time, the thief may have already received the claimed refund, which is generally deposited to a difficult-to-track prepaid credit card.

To be clear, the IRS has done an excellent job of cracking down on fraudulent tax returns by implementing safeguards and working with the states and the tax preparation industry. In fact, the 242,000 identity theft claims the IRS received in 2017 represented an impressive 65% decline since 2015.

Having said that, while tax identity theft has been more than cut in half, roughly a quarter-million cases of identity theft last year shows that this is still a serious problem.

How to not become a tax ID theft victim

The IRS recently issued a warning about identity theft in its newsletter, providing some suggestions on how individual taxpayers, as well as professional tax preparers, can avoid becoming a victim. Here are the agency's suggestions:

I'll also add to these suggestions that perhaps the most effective way to prevent a fraudulent tax return from being filed in your name is to file your legitimate tax return as soon as possible. The IRS only accepts one tax return per Social Security number or Taxpayer ID number, so by submitting your own return quickly, you have an excellent chance of blocking a would-be thief from submitting one in your name.

Since we're well into 2018's tax season, this is more of a suggestion of how to prevent fraud in the future, but it's still an important point.

What to do if your identity is stolen

Unfortunately, tax identity theft isn't 100% preventable in most cases, so no discussion of this problem would be complete without determining what to do if a fraudulent return is filed in my name?"

Generally, you'll first discover a phony return has been filed in your name when you try to submit your return. If you e-file, like most Americans do, your return will be rejected if another has already been filed, and if you file via mail, you'll get a notice explaining that your return is the second to be filed under your name.

When this happens, it's important to act quickly. You'll need to fill out IRS Form 14039 and mail it to the IRS, along with a photocopy of your driver's license or other ID. The IRS may then ask you (by a mailed notice) to verify your identity to confirm that it's actually you filing the form -- which can be done online or over the phone. If you've ever done an identifying "questionnaire" when accessing your credit report, this is the same idea. It's essentially a series of multiple-choice questions about your past that would be unlikely for an identity thief to answer correctly.

As a final point, it's worth noting that if a criminal has enough of your information to file a fake tax return in your name, the criminal also has enough to apply for credit in your name. So if you are a victim of tax identity theft, be sure to place a freeze or fraud alert on your credit report, which can prevent a case of tax identity theft from turning into something much worse.