The tax reform bill that became law last December did a lot to reduce tax burdens for many taxpayers. Corporations got a clear benefit from seeing their typical tax rate reduced from 35% to 21%, while reductions in tax rates for most income tax brackets and increases to the standard deduction and the child tax credit helped to offset the loss of key itemized deductions for individual taxpayers.

Yet tax reform didn't do as much to simplify the income tax system as many had hoped, and several more complicated provisions of the tax laws remained in place. One thing that lawmakers chose not to do was to seek to eliminate two taxes that had been put in place during the Obama administration, and so those taxpayers who've gotten hit by those taxes can expect to pay them again in 2018 and beyond. 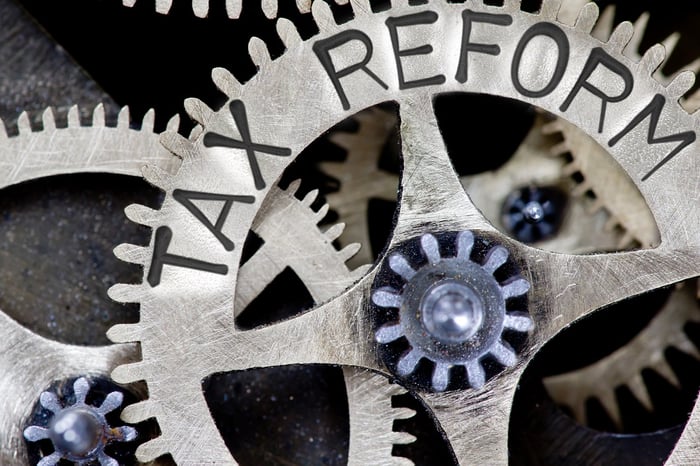 As part of the Patient Protection and Affordable Care Act, two new taxes took effect in the 2013 tax year: the additional Medicare tax and the net investment income tax. Both of these taxes were aimed at high-income taxpayers, but they address different types of income and have different tax rates.

The additional Medicare tax is a surtax on earned income, including wages, salaries, and income from self-employment. Those subject to the tax have to pay 0.9% of whatever part of their earned income exceeds the threshold. Those thresholds are $200,000 for single filers, $250,000 for joint filers, and $125,000 for married taxpayers filing separately.

For single filers, the additional Medicare tax is relatively simple to calculate, and most employers take it into account and collect it through payroll withholding if your income rises above the $200,000 threshold amount. Where things get tricky, though, is with joint filers, because the $250,000 threshold is based on total earned income for both spouses. In a two-earner family, it's possible that neither spouse will get close to the limit, but when you combine their income, additional Medicare tax will be due. In that case, you'll likely have to pay the tax when you file your return, as your employer won't have information about what your spouse makes in order to calculate the correct withholding amount.

As its name suggests, the net investment income tax targets an entirely different type of income. It uses the same thresholds as the additional Medicare tax, but it imposes a higher 3.8% surtax on any investment income that brings your adjusted gross income above the threshold amount. This tax applies to interest, dividends, and capital gains, as well as rental income from real estate, royalty income from energy assets or intellectual property rights, and passive business income.

Many had hoped that tax reform would get rid of these taxes. Even after a failed attempt to repeal the Affordable Care Act earlier in the year, lawmakers could still have eliminated these taxes as a symbolic objection to the legislation.

These taxes, however, are still around, and they're likely to affect an increasing number of people as the years go by. The $200,000 and $250,000 income thresholds aren't indexed for inflation, and so to the extent that inflation raises wages and incomes more broadly, a larger number of people will find their incomes above the thresholds and start having to pay these two taxes. It could take years for that to happen, but as we've seen with other taxes with non-indexed income thresholds, the long run impact can dramatically expand the reach of such taxes.

Don't leave these taxes out of your planning

There's always a chance that lawmakers will take additional steps to cut taxes, but for now, there aren't any plans on the table to eliminate the additional Medicare tax or the net investment income tax. As 2018 continues, you'll want to make sure not to forget about these extra taxes in estimating how much you'll owe next April.