Please ensure Javascript is enabled for purposes of website accessibility
Log In Help Join The Motley Fool
Free Article Join Over 1 Million Premium Members And Get More In-Depth Stock Guidance and Research
By Dan Caplinger - Updated Nov 29, 2018 at 8:33AM

Some new strategies could result from changes in how tax laws treat investment income for children.

Many of the changes that came into effect after the passage of the tax reform law in 2018 got a lot of immediate attention. Just a few of the high-profile provisions that policymakers and tax analysts pored through: slashed tax rates for corporations, a larger standard deduction and lower tax rates for individuals, and changes to some other deductions and exemptions that taxpayers were previously entitled to take.

Yet one fairly obscure provision could produce substantial savings for some taxpayers. The so-called kiddie tax rules affect how investment income and other unearned income that children receive get taxed. Although the kiddie tax laws are supposed to discourage tax planning involving moving income-generating assets into children's hands, changes to the laws could actually result in a new upsurge in returns that seek to take advantage of the provision. 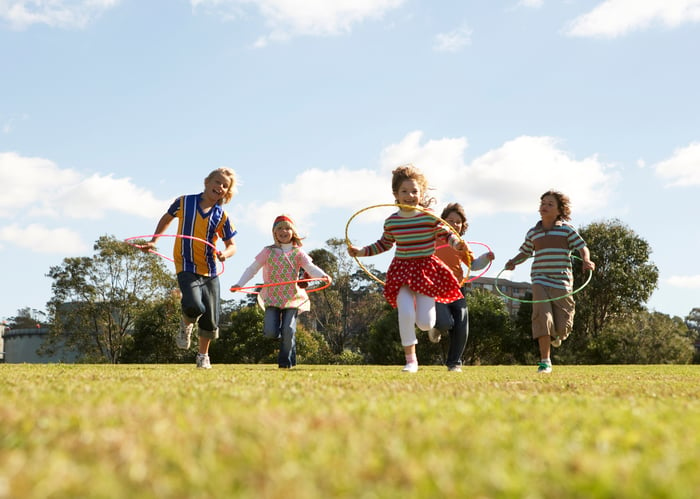 The origins of the kiddie tax

Prior to the imposition of the kiddie tax, one tax strategy involved putting income-producing assets in the name of one's children. Since most kids have no earned income, they're in much lower tax brackets than their working parents, and so the tax rates that would ordinarily apply to them result in substantial tax savings.

In response, lawmakers created the kiddie tax provisions. The kiddie tax put limits on how much unearned income -- that is, income from investments and sources other than work -- children could receive in a tax-favored manner. Applying to children under age 19 as well as those who are full-time students under age 24, the old kiddie tax law put a limit of $2,100 on how much unearned income a child could receive. Half of that amount was free of tax, and the other half got taxed at the child's rates. Above $2,100, though, the parents' tax rates applied. That made it irrelevant whether those extra assets were in the parents' name or the child's name -- either way, the tax would be the same.

The new rules under tax reform were a lot different. They eliminated taxing the child's excess unearned income at the same rate as the child's parents. Although they kept the same treatment of the original $2,100 -- no tax on the first $1,050, and the child's rate on the next $1,050 -- there the similarities ended.

Instead, the tax rates for income above the $2,100 threshold matched up with how the tax laws impose income tax on trusts and estates. Below, you can see the brackets that apply for the 2018 tax year.

From the table, you can draw a couple of conclusions:

In addition, the new rules open additional opportunities on capital gains. The first $2,600 of capital gains above the $2,100 income limit qualify for a 0% tax rate, with the 15% rate applying up to $12,700 and the 20% maximum rate applying above that. For parents who were already maxed out at the 20% rate, those provisions offer other ways to save.

Be smart about your kids' finances

Of course, transferring income-producing property to your kids for tax purposes has other consequences. The most important is that you can't simply give kids property and then take it back, or you'll be treated as having made the transfers solely to avoid taxes. In other words, you have to be willing to give your kids actual property in order to use the strategy correctly.

Still, for high-income taxpayers who are willing to accept those consequences, tax reform has brought a substantial boon. With less than three months left in the year, you'll have to act quickly to get income into your kids' names in time to use the kiddie tax provisions to your advantage.