As we're gearing up for 2019's tax season, many Americans are just starting to figure out all of the changes made by the Tax Cuts and Jobs Act and how they'll be affected.

Fortunately for generous Americans, the deduction for charitable contributions was largely untouched by tax reform. In fact, the maximum deduction actually increased as a percentage of adjusted gross income. However, there was one popular type of charitable deduction that has been eliminated, and millions of college athletic fans aren't going to be happy. 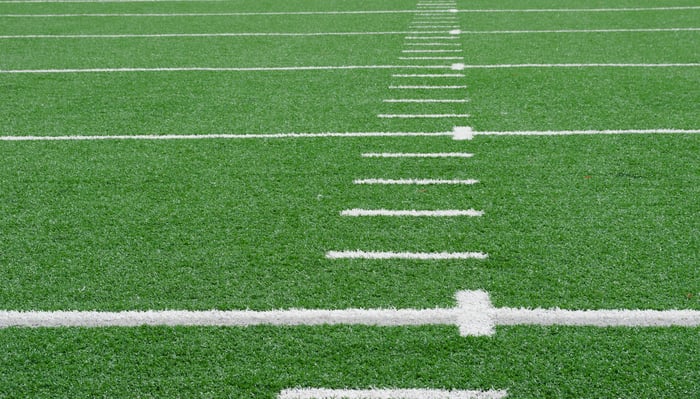 The charitable deduction can be quite lucrative

Taxpayers can generally deduct all donations (cash or property) to qualifying organizations. And, the limit is high -- for most donations, the deduction is capped at 60% of adjusted gross income, or AGI.

While the Tax Cuts and Jobs Act left the charitable deduction largely untouched, it did make one significant cut.

Previously, if you donated money to a college or university, and in exchange for your donation you got the right to purchase athletic tickets, the donation was 80% deductible. So, if you made a $1,000 donation to a university's athletic department, you were allowed to treat $800 of that amount as a charitable deduction. Obviously, the cost of the athletic tickets themselves were never deductible, but this was still a big tax deduction for many Americans.

Under the new tax law, this deduction is gone. Beginning with the 2018 tax year (the return you'll file in 2019), this type of charitable donation does not qualify for the deduction at all.

To be perfectly clear, a charitable deduction is still allowed if you donate to a college or university in most cases. For example, I give money to my alma mater's theater department every year, and that's still deductible. The new rule only applies if you receive the specific benefit of the right to purchase athletic tickets as a result of the donation.

How big of a deal is this?

It's certainly possible that many donors will rethink the amounts they give in order to compensate for the loss of their tax deduction. In fact, the House Ways and Means Committee initially projected that this change alone would result in an additional $200 million of tax revenue per year.

To taxpayers who regularly donate to college athletic departments, this could be a big hit to the tax cut many of them would otherwise receive. Of course, every situation is different, but this is one tax change all college athletic donors should be aware of as we head into tax season.