A large number of filers got an unpleasant surprise in 2019: a whopping tax bill.

Each year, the majority of people who file a tax return wind up getting a refund. And while that still held true for the 2019 tax season, a significant number of filers wound up in the opposite situation: They owed money to the IRS. In fact, in a recent survey for tax preparer Jackson Hewitt conducted by ResearchNow (now called Dynata), 36% of respondents said they owed money on their 2018 taxes, while 11% said they owed money for the first time in their lives.

Owing a little bit of money on your taxes isn't necessarily terrible. If anything, it means you got to hang on to some extra money and use it as you pleased. When you get a tax refund, the opposite holds true: You gave the government an interest-free loan by allowing it to retain some of your money for nothing in return. 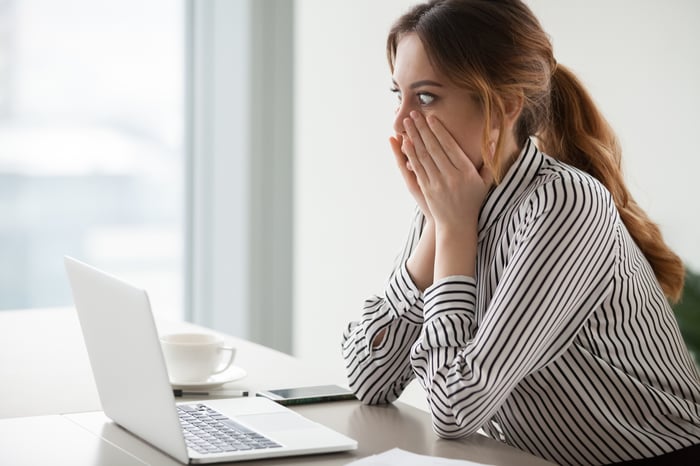 But not everyone who underpays taxes owes a small amount. If you wound up with, say, a $2,000 tax bill this year, that's a sum you might really struggle to come up with at once. And that could be problematic because for each month or partial month that your tax bill (or a portion of it) goes unpaid, you'll accrue interest and penalties that add to your total cost. You also risk having the IRS come after your wages if you don't pay your tax debt at all -- though that can be easily remedied by reaching out to the agency and getting on an installment plan.

If you owed a significant amount on your taxes this year, it pays to take steps to avoid a repeat. Otherwise, you could wind up just as stressed next tax season as you were this year.

A big reason so many filers wound up underpaying their taxes in 2018 boils down to changes in withholding. As part of the 2018 tax overhaul, almost all individual tax brackets were lowered to put more money back into workers' paychecks, and the IRS released new withholding tables to accommodate that change. Many people, however, didn't realize that they should've checked their withholding to ensure that they were having the right amount of tax taken out of their earnings. And because they failed to do so, they wound up owing money to the IRS.

If you failed to adjust your withholding in 2018, it's not too late for the current tax year. "We are urging taxpayers to talk to a tax professional about this year's withholdings to make sure they are withholding the right amount," says Mark Steber, chief tax officer at Jackson Hewitt. "Incorrect withholdings can lead to unpleasant surprises -- like a smaller-than-usual refund or even a balance due next year."

You should especially make sure to adjust your withholding if you owed a large amount of tax on your 2018 return, or if you bring in a substantial amount of income from a source outside of your main job, like work on the side or an investment portfolio. Your tax liability reflects your total earnings, and income received outside of your primary job counts toward it.

At the same time, it's a good idea to stick some money in the bank if, despite your best efforts, you do wind up owing the IRS in 2020. Adjusting your withholding can help avoid a huge underpayment, but it may not prevent you from owing completely, so it never hurts to be prepared with cash to pay a potential tax bill. Doing so will help you avoid interest and penalties that make an already crummy situation even worse.