Please ensure Javascript is enabled for purposes of website accessibility
Log In Help Join The Motley Fool
Free Article Join Over 1 Million Premium Members And Get More In-Depth Stock Guidance and Research
By Maurie Backman – Jun 28, 2020 at 10:43AM

Filers were given an extra three months to submit their tax returns this year. But was that really a good thing?

When the COVID-19 crisis first hit home, it caught a lot of people off-guard even though reports of an emerging health threat had been circulating since early in the year. In fact, many had to upend their lives at a moment's notice by shifting to remote work, pulling their kids out of school, and making tough financial decisions in the face of so much uncertainty.

It certainly made sense, then, for the IRS to make the announcement back in March that it was extending its normal April 15 filing deadline to July 15. The logic was that Americans were in no way equipped to deal with tax returns at a time when the country was operating in crisis mode, and so granting filers an extra three months seemed like a reasonable thing to do. But while getting that extra time may have served some people well, ultimately, it may have made a lot filers' financial situations needlessly harder. 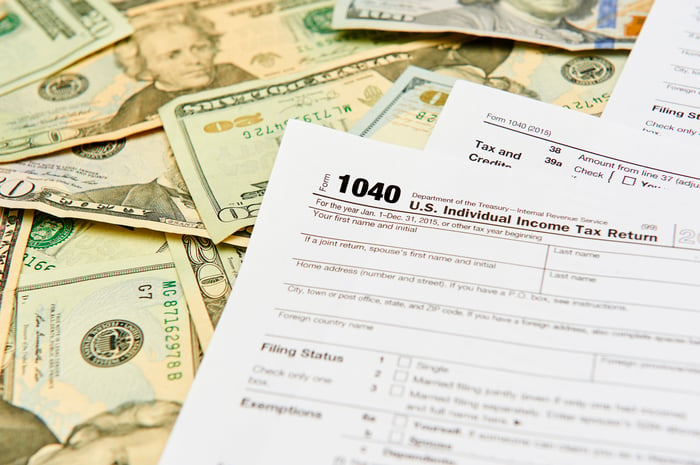 Did pushing back the tax-filing deadline hurt Americans more so than help them?

Most people who file a tax return wind up with a refund, and so far, the average refund this year has amounted to $2,767 -- not a small amount of money. The problem? By taking longer to submit their returns, Americans have also been delaying their refunds -- money they may have desperately needed these past few months.

Meanwhile, between late March, when the IRS made the new July 15 filing deadline official, and late June, unemployment levels skyrocketed and millions of Americans grappled with financial concerns and constraints. Yet many have also gone months without a refund in hand because they chose not to get moving on the tax-filing front.

Can we blame the IRS for that? Not really. There's no penalty for filing a tax return early, and Americans who were desperate for money months ago could've taken initiative and sent their returns in sooner. And also, extending the tax-filing deadline is a move that no doubt helped those people who owed money to the IRS and were given an extra three months to deal with that. But still, those people represent the minority, and so it's clear that while the IRS likely had good intentions when giving Americans until July 15 to file their taxes, the result is still the same: A large number of cash-strapped filers likely had their refunds delayed for no good reason.

The silver lining is that the IRS recently announced that it will be paying interest on refunds that are issued after April 15. But that may not offer much consolation to those people who racked up debt over the past few months in the absence of having those refunds in their bank accounts.