Corporate America is loaded with companies whose cultures can only best be described as rigid. If the idea of donning a business suit every day and living by an HR manual doesn't appeal to you, then you may be drawn to apply for a job at a start-up.

As the name implies, start-ups are entrepreneurial business ventures that, if well-executed, have the potential to take off rather quickly. Though some start-ups operate with the goal of going public or being bought out at a pretty penny, others simply seek to grow their operations and become medium-sized companies with steady profits.

There are different points at which you might join a start-up. If you're hired in a start-up's earliest stages, you'll get to see how it operates in its rawest form. On the other hand, if you apply at a start-up that's been around for a year or two, you'll probably join a company with a moderately established way of doing business. 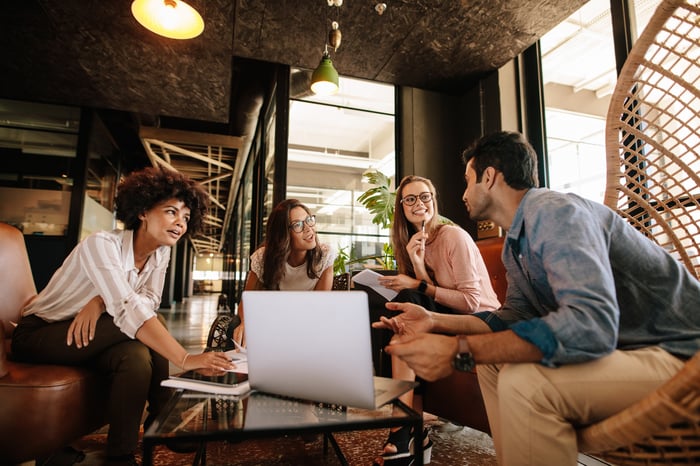 While working at a start-up has its benefits -- typically, a more relaxed work environment and the ability to really learn the business -- there are also a number of drawbacks to consider. Here are a few reasons to send your resume elsewhere.

1. You may wind up married to the job

Though there are always exceptions, start-ups -- especially in their earliest stages -- tend to be grossly understaffed. Furthermore, while those working in corporate environments typically have their roles defined, at a start-up, the lines are far blurrier. You might, for example, get hired as a creative director and find yourself applying for building permits in the absence of an official logistics manager. Or, you might end up doing a job that's completely different than the role you signed up for.

Another thing to know about start-ups is that their founders tend to be highly motivated individuals who will do just about anything to succeed, including going days without sleep -- or showers -- when there's work that needs to be done. Start-up culture might seem relaxed from a dress code perspective, but the expectations tend to be extremely high. And if you're not willing to spend the bulk of your waking hours on the job, then you may come to find that your managers don't take kindly to your desire for a social life.

Of course, corporate jobs can be just as demanding as start-up roles, if not more so. But the thing to remember about start-ups is that they operate under an "everybody helps" mentality, which typically translates into extra work per individual. Unless you're ready to embrace the 80-hour workweek and spend every third night sleeping on a communal couch, you may want to find a more traditional position with fewer excessive demands.

2. Job security may be hard to come by

Though there's always the risk of losing your job no matter where you work, start-ups are notorious for being unsuccessful. In fact, the Wall Street Journal says that three out of every four start-ups ultimately fail. If you're responsible for, say, a mortgage, or several dependents, then working for a non-established company might add an undue dose of stress to your life.

Now, there are ways to vet whatever start-up you apply to and see just how financially viable it is. You could ask for a look at its financials or have a heart-to-heart with the CFO -- who, incidentally, might also serve as the office manager and backup custodian. But if you don't walk away convinced you'll have a job six months down the line, you're probably better off moving on.

Because start-ups, by nature, tend to operate on shoestring budgets, you could end up selling yourself short financially by working for one. Even if the salary you're offered is reasonable and in line with what your industry generally pays, your benefits package will probably be minimal at best. Forget about a comprehensive health plan with killer coverage -- in some cases, you'll be lucky to get insurance in the first place. And unless you're working for a larger start-up, you can probably kiss that 401(k) you've been dreaming about goodbye.

Of course, there's no guarantee that you'll get better benefits at an established company. But don't be lured by the promise of stock options and an improved compensation package once things take off.

Also, don't get sucked in by the limitless supply of free coffee and junk food that's typically part of the deal. You're better off getting paid $5,000 more per year and buying your own lattes and granola bars.

There are plenty of good reasons to work at a start-up, especially if you're passionate about the product or service being offered. At the same time, you should be aware of the pitfalls that often go hand in hand with start-up life. Though the idea of in-office happy hours and brainstorming sessions over ping pong might seem appealing at first, once the novelty wears off and you're left working crazy hours with lackluster compensation and minimal job security, you may come to regret your decision -- big time.