A growing number of workers are interested in switching careers. Here's how you can pull it off.

It used to be that workers would graduate college, find a good company to work for, and stay put until retirement eventually rolled around. These days, though, it's not unusual for employees to jump ship the second a new job offer comes up.

But job-hopping isn't the only workforce trend we're experiencing; a growing number of workers are looking to leave not only their companies, but their careers as well. In fact, a recent survey by the University of Phoenix found that more than 50% of U.S. adults are interested in changing careers.

Not surprisingly, younger workers in their 20s are most likely to want a switch, with 86% saying they're contemplating a major move. But older workers aren't too far behind. In fact, 66% of those in their 30s claim they're looking to change careers, while 60% of workers in their 40s feel the same. 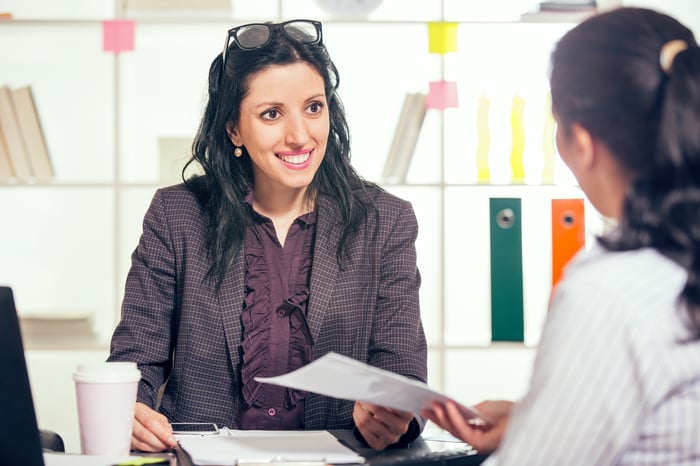 Of course, it's one thing to want a change, but it's another thing to pull off a career switch in practice. Moving over to a new career often means starting at the bottom and facing a significant dip in salary, and that's something a large number of working Americans just can't afford. In fact, among those surveyed, the most common reason for not switching careers boiled down to money, with 29% of respondents stating they're not in a strong enough financial position to withstand a decrease in earnings.

But money isn't the only thing holding folks back. A good 24% of workers know they want to do something else, but don't make a move because they're either unsure of their next steps or feel they don't have the appropriate education or experience to make it happen.

If you're looking to switch careers, a little careful planning could be just what it takes to make that dream a reality. And once you're able to embrace that change, you're likely to be much happier for it on a whole.

It's unfortunate that more than half of working adults are unhappy with their employment situations for a variety of reasons. If you're convinced that entering a new field is the key to job-related fulfillment, you'll need to plan your move carefully to successfully pull it off.

First, start saving immediately so that you have some leeway to accept a lower-paying role. Switching careers often means taking a hit salary-wise, and without a safety net, that may not be an option. Ideally, you should have enough money in the bank to cover three to six months' worth of living expenses, so if your savings aren't there yet, work on socking away as much cash as possible while you map out your choices.

Next, decide what it is you want to spend your days doing, and figure out what it will take to get there. If you're a lawyer who decides to go into teaching, your experience probably won't translate, so you may need to go back to school or obtain a specific license before you can even think about making the switch.

Of course, it could be the case that you don't actually know what you want to do next, but have accepted the fact that your current field isn't the right one for you. If that's the case, then you might consider meeting with a career counselor, who can help narrow things down.

Once you've identified your new direction and fulfill the prerequisites to get there, you'll need to work on polishing your resume and exploring actual job opportunities. To that end, don't underestimate the value of networking. Whether it's old classmates, associates, or even your neighbors, you shouldn't hesitate to put the word out that you're looking for something new. You never know who might alert you to an opening or offer to help get your foot in the door, so bust out that contact list and exhaust it until an actual contract lands in your lap.

Finally, be prepared for an adjustment period that extends beyond your finances. Acclimating to a new career isn't something that happens overnight, and you might initially feel overwhelmed or in over your head. But with any luck, you'll soon learn to adapt and appreciate that breath of fresh air.

If you're going to spend the bulk of your adult life working, it might as well be something you enjoy. Once you decide you're ready to switch careers, don't let fear hold you back. You owe it to yourself to be happy with what you do, even if that means subjecting yourself to a little short-term upheaval in the process.