Please ensure Javascript is enabled for purposes of website accessibility
Log In Help Join The Motley Fool
Free Article Join Over 1 Million Premium Members And Get More In-Depth Stock Guidance and Research
By Maurie Backman - Aug 2, 2017 at 6:04AM

Time to talk money? Here's how to pull off that conversation.

Asking for a raise can be a daunting prospect for any employee. But women face unique challenges when it comes to requesting more money. Although women ask for raises as frequently as men, they're actually 25% percent less likely to get them. But given that women typically only earn $0.80 for every dollar their male counterparts bring home, fighting for a raise becomes all the more important.

If you're a female employee seeking a raise, it's critical to approach that conversation strategically. Here are a few tips for pulling it off successfully. 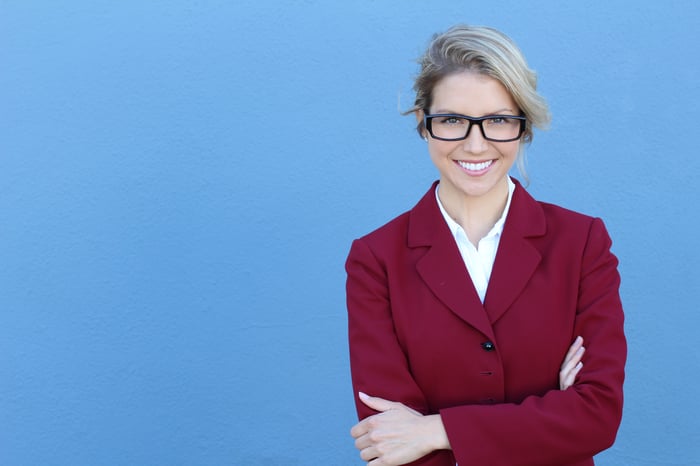 It's never a good idea to go into a salary negotiation blindly, so if you're making a case for a pay increase, you'll need to gather some data on what others in similar positions are earning. To that end, do some research on sites like Salary.com and Glassdoor, which allow you to search for compensation info based on industry and geographic region.

Don't show your boss what women in your industry earn on average, because women are often paid less. Instead, present your boss with the average earnings for all workers in your position and make your case for why you deserve to be paid similarly.

Women are often accused of getting emotional on the job. In fact, it's that so-called sensitive nature that prompts some people to claim they're uncomfortable working with and promoting female employees. That's why it's extremely important to keep your cool during a salary negotiation.

Rather than talk about how your lackluster compensation makes you feel, present your employer with a number of reasons why you deserve to be making more. For example, if you helped increase sales numbers, or single-handedly launched a successful marketing campaign, talk about those things. Be specific and present hard evidence of your value to the company. Try to focus on your positive contributions, rather than the negative feelings you're harboring. And although the discussion might get heated, be sure not to yell or, worse yet, cry while it's going down. Staying level-headed will only help your case.

3. Don't accuse your employer of underpaying women -- unless you can prove unequivocally that it's being done

Given the many, many news stories out there about how men out-earn women, you may be inclined to draw on some of that data as a reason for getting a raise. But be very careful about using that argument, because unless you have definitive proof that your male colleagues -- with the same exact titles, experience, and responsibilities -- are making more money than you are, you're better off avoiding that angle.

Remember: Employers have different criteria for determining compensation. It might seem like there's no good reason why your male colleague earns $2,000 more per year than you do, but it could be that he has a certain degree, certification, or skill set that you don't possess. Furthermore, some companies prohibit employees from sharing salary details, or strongly frown upon it. Just because you gain access to that information doesn't mean you're supposed to have it, so don't turn your salary talk into an HR violation.

The more you earn at your job, the easier it will be for you to keep up with your bills and save for the future. Even though women don't have the same success rate as men when it comes to asking for raises, it still pays to put yourself out there and have that important conversation. If all goes well, you could end up several thousand dollars richer each year because you weren't afraid to stand up for yourself.