It's no secret that Americans tend to struggle with work-life balance. With companies demanding more out of employees, and smartphones making it all too easy to check in after-hours, a large percentage of U.S. workers feel compelled to be virtually available at all times. And that's a problem, because it also means that many of us never get a real break.

Think about the last time you went out to dinner on a weeknight. Were you absorbed in conversation and your meal, or were you fighting the occasional urge to check your email from your phone? In this day and age, many of us are wired for the latter. 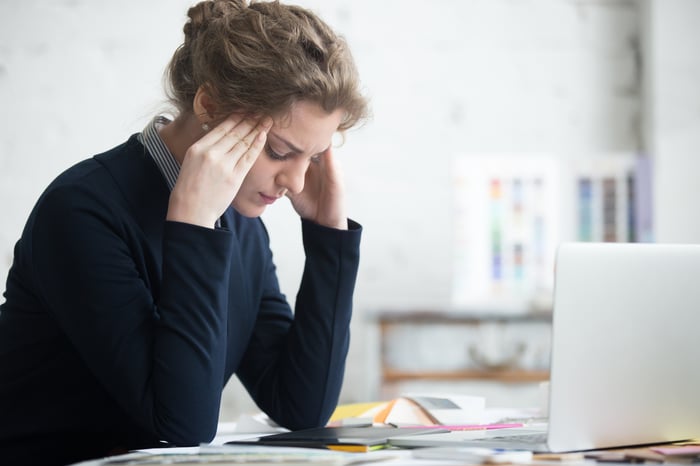 Here's the thing, though: This lack of work-life balance actually isn't normal, even though we may be conditioned to think otherwise. Case in point: Out of 38 nations ranked in a recent work-life balance study, the U.S. came in at number 30. That's partly because we work relatively long hours and spend less time socializing, relaxing, and caring for ourselves.

But while we can't necessarily retrain our brains overnight, or tell our bosses to kiss off every time they ask us to work late or come in on the weekend, what we can do is aim to impose a modest degree of separation between our work lives and our personal lives. Here's how.

1. Turn off your phone for at least one hour per night

It's hard to take a break from the job when work emails are constantly dinging their way into your life. Similarly, it's hard to leave the stress of the office behind when your phone rings with late-night requests. But while you may feel compelled to answer every call or message you receive on your own time, there's a good chance that the majority of them can actually wait until you're back in the office. So rather than spend a portion of your so-called downtime dealing with work matters, turn off your phone for at least an hour a night, and for several hours on weekends, to avoid getting sucked back in.

According to a 2014 Gallup poll, 40% of U.S. employees work more than 50 hours each week, and 20% put in more than 60 hours. Not only can that type of schedule take a physical and mental toll on you over time, but believe it or not, it can also lead to a decline in productivity. Rather than uphold a permanent schedule defined by long hours at the office, put in your time when things are busy, but pledge to work fewer hours when there's less of a need to burn the midnight oil.

For example, if you're a tax professional, expect to live at the office in February, March, and April, but during the summer months, keep a much lighter schedule. And if your Monday, Tuesday, and Wednesday are overloaded with meetings and deadlines, think about taking a couple of hours off on Thursday and Friday. If you can show your boss that your work will get done regardless, then they may be open to the idea.

A Bankrate study released last year found that more than 50% of U.S. workers give up at least a portion of their paid vacation days each year. Worse yet, a large number of Americans don't take vacation at all. But taking time away from the office is essential to achieving a reasonable work-life balance, so if you've yet to put in for a day off this year, schedule that break and use it as a chance to focus on yourself and your family.

Just as importantly, make it a point not to check your email or phone messages during your vacation, even if it means keeping people waiting. Unless you're self-employed, you should be able to designate a backup at your company to handle true work-related emergencies in your absence. From there, it's a simple matter of composing a polite but matter-of-fact away message letting your contacts know it might take a while for you to respond.

4. Find ways to be more productive at work

Part of the reason so many of us work such long hours is that we're not maximizing our time at the office. That's why it pays to explore new options for being more productive on the job. These might involve scheduling your meetings more practically or eliminating distractions so you can power through your various tasks during normal business hours and have more free time to yourself afterward. You might also consider using some sort of project management software or spreadsheet to better track your progress and stay ahead of deadlines. The key is to get as much done as possible during the day so you're not bringing work home at night or on weekends.

Even if you love what you do, there comes a point where you need to feel like a person again, and not just an employee. Achieving a solid work-life balance is a big part of staying happy on the job, both now and in the future.