Unfortunately, there are some bosses that speak glowingly about the value of teamwork, and then turn around and take the credit for a new idea or recently completed project that they had little to do with. If you've been in the workforce for any length of time, it's likely something similar has already happened to you. If not, sadly, it probably will at some point.

Frustration is unavoidable, but dealing with a situation in which an immediate supervisor enjoys the fruits of your labor is not only wrong, it can also hold you back from being offered new opportunities and even promotions, because the "higher-ups" will never know it was your idea or work that earned the plaudits from company execs.

Here is a real world example -- with names changed to protect the innocent of course -- of how to deal with the unfortunate reality of having an untrustworthy boss. 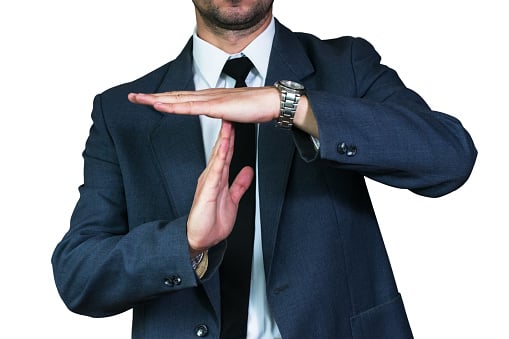 It's difficult to even fathom in today's digitized, smartphone-filled world, but 20 years ago, building an investment-oriented website to provide online training access to a national field force of financial advisers was quite an undertaking. But that's what our small team of investment and technical professionals were charged with, and all modesty aside, it turned out quite well.

Having already spent several years successfully growing a financial advisory practice, my responsibilities were centered on utilizing my experience to provide comprehensive content, including the idiosyncrasies of annuities, considerations when building a portfolio of individual securities, along with the pros and cons of mutual funds, among other investment-related topics.

After a couple of months of hard work on all our parts -- remember "the internet" was still a relatively new notion back then -- we were ready to show off the new site to suit-wearing mucky-mucks. Happily, they were as impressed with our results as we'd hoped they'd be.

Then something interesting happened that set me back on my heels a bit, the CEO of our company, who sat in on the presentation, took a few minutes to thank my immediate supervisor "John" for all his hard work. In particular, John was given credit for the outstanding, in-depth content the site contained. I'm not sure if steam actually came out of my ears or not, but it wouldn't have been surprising.

What to do from here?

My first thought was to jump in and tell the CEO in no uncertain terms who was actually responsible for the work he'd so admired. Thankfully, I held back to gather my thoughts and consider the steps I should take before just "diving in." I'm glad I did, which was the first lesson I learned from this experience -- don't react out of anger.

After mulling the situation over for a couple of days, I decided my initial course of action would be to address my frustrations directly with my supervisor who so readily took credit for my hard work and knowledge.

The meeting with John didn't resolve anything, nor did I think it would, which is the next lesson learned -- follow the chain of command, even if there is little hope of resolving the situation with the first step.

John reiterated that we were a team, and we can all take pride in our completed project. In other words, "I'll continue to take credit where little to none is due." Not surprising coming from someone more than willing to enjoy the kudos of someone else's labor, but a necessary step.

The meeting with John served as a prelude to my ultimate objective -- a face-to-face with our CEO. Thankfully, the one-on-one with the big boss resulted in the final lesson I gained from the experience -- don't point fingers or become accusatory, it will only come off as you being a disgruntled, bitter employee, and it will do little to nothing to further your cause.

The meeting with the CEO went like this, "I think there may have been a slight misunderstanding during the site demonstration that I wanted to clarify. I'm not looking for pats on the back or anything like that, but I do feel it's important for you to know that I was the one responsible for the training content, in its entirety." His response? Genuine surprise, bordering on shock.

Turns out, that's not what he'd been told by John, and he was genuinely thankful that I'd brought the "small misunderstanding" to his attention.

Don't fly off the handle the moment you learn anyone, let alone your boss, has taken credit for your work or idea. Next, follow the chain of command, including confronting your immediate supervisor. It's possible she or he made an honest mistake -- it happens. Finally, don't let it go unresolved, though remain professional. It was your work and you deserve the credit, but ensure the powers that be realize that "it was probably just an oversight, however I'd like you know that it was I that..."

Boss Taking Credit for Your Work? Here's How to Respond @themotleyfool #stocks Next Article
Current