You gave your two weeks' notice, handed in your resignation letter, and told your team members you'll be leaving to pursue a new job opportunity. There's just one final hurdle to jump on your way out the door: your exit interview.

Though not every company conducts exit interviews, they're becoming more commonplace among businesses of all sizes. Believe it or not, the purpose of an exit interview isn't just to subject you to an uncomfortable 60-minute discussion, but rather to gain insight into the role your company may have played in your departure. In fact, 63% of human resource managers say their companies typically act on feedback gathered during exit interviews. 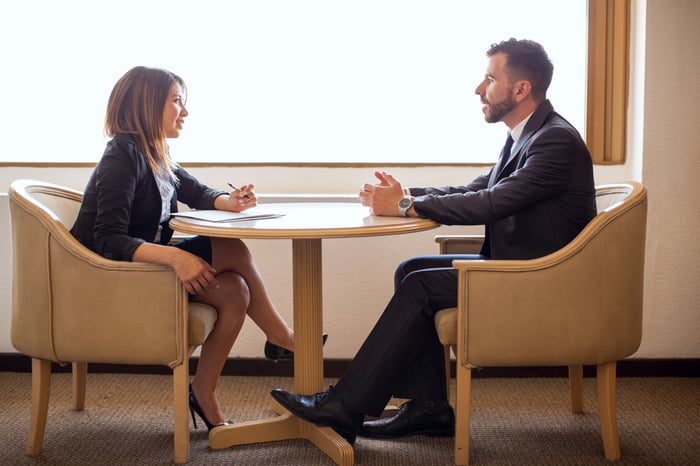 While it's natural to want to be as open and honest as possible during your exit interview, you should proceed with caution. Remember: Just because you're leaving your job doesn't mean you shouldn't try to maintain a friendly, professional relationship with your former colleagues. You never know when you might need to ask your former employer to serve as a reference -- or even ask for your old job back.

With that in mind, here are a few tips for handling that exit interview gracefully.

1. Don't use your interview as a venting session

Many people leave their jobs because they're simply unhappy on many levels. But despite the dissatisfaction and resentment you may be harboring, your exit interview should not serve as an excuse to unload your pent-up frustrations and bash the folks who made your job miserable. Rather, you should conduct yourself with complete professionalism from the moment you sit down to the moment you leave the room. If need be, invite your coworkers out to drinks afterward and air your grievances then -- but don't dump them on the HR person you're speaking to.

2. Write down some talking points in advance

There's a difference between venting and providing constructive criticism, and it could be that you do have one or two key points to share before making your final exit from your job. If that's the case, map out your talking points before your interview so you're more prepared on the spot. Knowing exactly what you're going to say will help you keep things professional and avoid getting worked up.

Perhaps you're leaving for a much higher-paying role with a corner office and benefits galore. But even if that's the case, don't brag about that to your former employer. First, the details of your new role aren't pertinent unless your interviewer specifically asks what makes your soon-to-be employer a better fit. Secondly, you shouldn't act as if your glorious new compensation package is a reason to knock your old one. Different companies have different budgets, and rubbing it in will only make you look petty.

Maybe your employer has a number of policies or procedures that are ineffective or downright outdated. It doesn't matter. Now that you're moving on, these things are no longer your problem, so don't throw out random, unsolicited pieces of advice for no good reason. Unless you're asked point-blank to offer up said guidance, resist the urge to point out the many things your company is doing wrong.

On the other hand, if there are things you know your employer is doing right, feel free to call them out. You might, for example, applaud your company for its generous personal day policy, or tell your interviewer how efficient your data management system has become. The more positive things you have to say about your company, the better you'll come off.

Though your first instinct may be to groan upon receiving an exit interview request, it doesn't have to be a stressful or painful process. As long as you keep your cool and avoid saying things you might come to regret down the line, you'll get through that discussion just fine.