Bad career moves aren't always fatal -- and even top executives have made some. Here are some costly errors.

"When considering a career move, consider the most important assumptions that have to prove true and how you can swiftly and inexpensively test if they are valid. Also, remain realistic about the path ahead of you."
-- Clayton Christensen

We can feel really dumb upon making a bad career move, and sometimes we might even feel like it was a fatal move that will keep us from achieving our professional goals. That's not helpful thinking, though, and it's often wrong. After all, the most successful people you can think of have most likely made some regrettable moves in their careers. 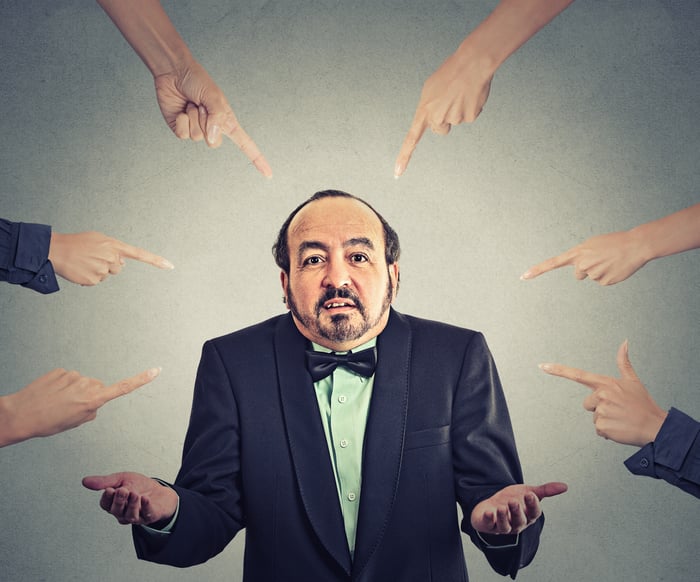 Here are three CEOs (or former CEOs) who have made some career moves they regret.

Warren Buffett has almost always been in the same job -- managing the massive conglomerate business of Berkshire Hathaway. Indeed, he has increased its value by an average annual rate of more than 20% since 1965 -- enough to turn $100 into more than $1 million.

He has written or spoken frequently about regrettable investing mistakes he's made -- such as making certain investments instead of just going to the movies and doing nothing. One of his biggest errors, though, according to him and his partner Charlie Munger, is not having bought into Google -- now Alphabet -- years ago.

Google's founders reportedly visited Buffett long ago, but, Buffett, famous for avoiding companies he deemed out of his "circle of competence" and companies that he couldn't be confident would be performing well a decade later, declined to invest in it. At his annual meeting earlier this year he explained that he had plenty of opportunity to ask clarifying questions -- "but I blew it." Berkshire Hathaway now holds plenty of stock in high-tech companies such as Apple, but there remain lots of errors of omission. On Amazon.com, for example, he has said, "I admired Jeff [Bezos] but I did not think he'd succeed on the scale that he has."

A key lesson here is to note how phenomenal Buffett's success has been, despite plenty of errors. It's also worth noting how he and Munger have kept learning and now see things differently.

Another CEO with a notable bad career move is Bob Nardelli, who once ran Home Depot. The company's 2006 annual meeting made national news when it turned out that no outside directors of the board were present, reportedly having been encouraged by CEO Nardelli to not bother attending. Also alarming was that Nardelli took no questions from shareholders and that he reportedly was only at the meeting for 30 minutes or less. Those moves smacked of arrogance and of disregard for shareholders -- especially considering that they're not mere fans of the company but co-owners of it. Buffett, in contrast, famously fields more than five hours of questions from dozens of shareholders, reporters, and analysts as his annual meetings.

At the Home Depot meeting, many shareholders had wanted to question Nardelli's pay package that topped $120 million over five years. Consumer complaints had risen sharply during his tenure -- staffing cuts had hurt customer service -- while the stock dropped 8% over that period. Nardelli did eventually leave the company, in 2007, but with a severance package worth $210 million. This bad move might have hurt his future career prospects, but he's probably still doing quite well.

You may not have heard of Matt Harrigan. He used to be CEO of PacketSled, a small cybersecurity company based in San Diego. He's the former CEO because he resigned, after making what was probably his worst career move ever: He threatened to murder someone. Specifically, he posted on Facebook that he aimed to assassinate then-president-elect Trump.

According to The Washington Post, he wrote: "I'm going to kill the president-elect... Bring it, Secret Service." He added, "Getting a sniper rifle and perching myself where it counts" -- and went on to add some more warnings, laced with profanities. Needless to say, that's not the most professional behavior for a CEO and not conducive for keeping one's job at any level. Harrigan apparently understood, later, apologizing: "What I said was incredibly dumb, perhaps the dumbest thing I have ever said. I really only have myself to blame for this."

There are lots of blunders one can make during the course of one's career. Each will sting less if you can learn from it and make better decisions and moves in the future.